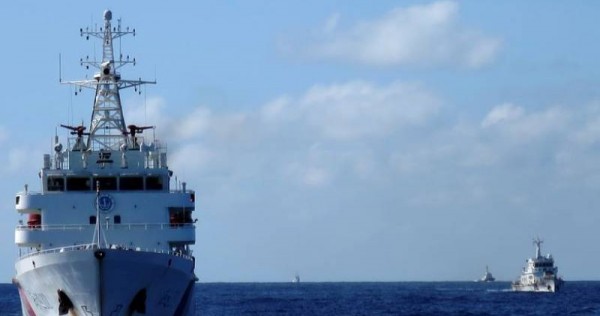 The US government stepped up its criticism of China’s territorial claims in the South China Sea on Wednesday (Jan 12), issuing a report that declares “historical rights” a meaningless term.

Referencing the 1982 United Nations Convention on the Law of the Sea (Unclos) and an international ruling dismissing most of China’s claims in the South China Sea, the US State Department said in its report, titled Limits in the Seas, that they “gravely undermine the rule of law in the oceans”.

The report comes amid ongoing tensions between China and rival claimants in the South and East China Seas, and follows recent reports in the Japanese media that Japanese warships have conducted freedom of navigation patrols near the disputed Spratly Islands in a bid to deter Beijing.

Beijing asserts “historic rights” over more than 80 per cent of the South China Sea region, including the Spratlys, via its “nine-dash line”— an area stretching as far as 2,000km from the mainland and reaching waters close to Indonesia and Malaysia.

The July 2016 ruling by an international tribunal in The Hague determined that China had no “historic rights” in the South China Sea and ruled that some of the rocky outcrops claimed by several countries could not legally be used as the basis for territorial claims.

Chinese foreign ministry spokesman Zhao Lijian said last year, amid a dispute with the Philippines over a massing of hundreds of Chinese ships near the Spratly Islands, that the ruling was “an invalid waste of paper”.

“No provision of the Convention contains the term ‘historic rights’, nor is there a uniform understanding of what, specifically, the term means as a matter of international law,” the State Department’s report said.

“Any claim to such rights would need to conform to the Convention’s provisions, including with respect to the areas of [exclusive economic zone], continental shelf and high seas,” it said.

The report also disputed China’s claims to more than 100 features in the South China Sea that are submerged during high tide — precluding them from sovereignty claims under international law.

It stressed that any feature’s legal status must be assessed based on its “natural state”, an apparent reference to China’s creation over the past decade of thousands of acres of new land in the Spratly Islands through dredging and artificial island building.

“Land reclamation or other human activities that alter the natural state of a low-tide elevation or fully submerged feature cannot transform the feature into an island,” the report said.

Alongside Wednesday’s report, the 150th in a 52-year series examining the validity of maritime claims around the world, the State Department also released Chinese and Vietnamese translations of its executive summary.

The document builds on previous warnings about China’s territorial claims in the South China Sea by US President Joe Biden’s administration and that of his predecessor, Donald Trump.

In July, the Biden administration endorsed a determination by the Trump administration that virtually all of China’s maritime claims in the South China Sea were unlawful, and vowed to act militarily if China were to attack any Filipino vessel or aircraft in the region.

Disputes between Beijing and Washington over the South China Sea have been escalating since Beijing began land reclamation operations in 2016 in some of the features it controls in the ocean’s Spratly archipelago.

The Biden administration contends that Beijing’s actions in the South China Sea threaten some US$3 trillion (S$4 trillion) worth of commerce that passes through the region each year.

During a tour of Southeast Asian nations last month, US Secretary of State Antony Blinken vowed that the US, along with other countries who claim territories in the South China Sea, would “continue to push back on such behaviour”.

China’s embassy in Washington did not immediately respond to a request for comment about the State Department report, which is likely to anger the Chinese government.

“It is not China that has long been stirring up trouble in the South China Sea and posing a grave threat and major risks to regional peace and stability under the pretext of ‘freedom of navigation’,” Zhao said in December following Blinken’s remarks. “I’m sure we all know which country is in the habit of doing all these. I hope US officials will not misrepresent facts.”