Waste-to-energy plans in Cambodia on hold for time being 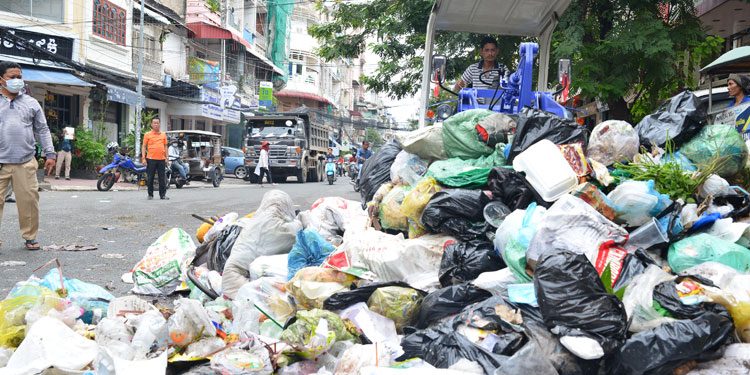 The Cambodia’s waste-to-energy plans remain in limbo as the associated investment costs to see them to fruition have been deemed unviable.

Victor Jona, director-general of the Ministry of Mines and Energy’s General Department of Energy, said that the companies invited to produce studies on waste-to-energy feasibility studies projected power costs far in excess of the current cost of electricity in the Kingdom.

“Electricite du Cambodge (EDC) is not able to buy electricity at a price of $15 per kilowatt hour which is what the waste-to-energy projects studied would come in at.  It is just not viable when electricity can be generated currently in Cambodia at a cost of $7 to $8 per kilowatt hour.” He added that a study by a Finish-based company was delayed by COVID.

“This will require a huge investment as we will need modern technology to separate the current mixed waste.  The cost is simply too high at present.  We need time,” he said.

“Most Asean members have already invested in waste-to-energy, and Cambodia and Laos have potential in using hydropower for an electricity source,” according to Jona. He noted that for Cambodia waste-to-energy project has benefits beyond its use as a power supply.

“Because the amount of waste generated increases every day, at a rate of more than 3,000 tonnes a day in Phnom Penh alone, the value goes well beyond energy.  Waste-to-energy projects can be a boon in achieving a clean city, particularly at a time when places for dumping waste are disappearing,” he added. “If Phnom Penh is successful in bringing the project to reality, it will then be a model for Cambodia’s other cities.

The government has remained strongly committed to seeing the project happen in the future and put in place an auction to find interested parties next year. EDC will manage the bidding process.

Phnom Penh’s waste management has long been a headache issue. The government revoked the monopoly of waste collector Cintri last year and is recruiting collectors currently yet to be announced.

Nick Beresford, UN Development Programme (UNDP) Resident Representative to Cambodia, said that the challenges for Cambodia to benefit from waste-to-energy technologies include the operational scale of plants required to manage variable waste quality and quantity, the presence of needed infrastructure to segregate waste either at source or on-site and associated high investment costs.

“Although some of the waste-to-energy technologies are widely practised on a small-scale, such as the use of biogas produced by anaerobic decomposition of waste and waste incineration, technologies like refuse derived fuel (RDF) need high investments considering the required operational scale,” he said.

He said the government needs to enforce guidelines for the promotion of the 4Rs – Reduce, Reuse, Recycle and Recover – to overcome the variation in waste quality.

Technical guidelines for waste incineration plants should also be issued, including emission standards to limit the release of pollutants such as dioxins and furans that can negatively affect human health.

“In order to improve the bankability of waste-to-energy projects in general, the government should support project developers to cover their investment risks. Small policy interventions such as lower tipping fees at waste-to-energy plants than the fees at dumpsites would give an extra boost,” he said.

UNDP is currently supporting the Ministry of Environment to develop a policy for waste management as part of the transition towards a circular economy. With support from the Government of Japan, the UNDP will soon initiate a new project to combat marine plastic litter.

Thai King writes messages of love for nation amid protests