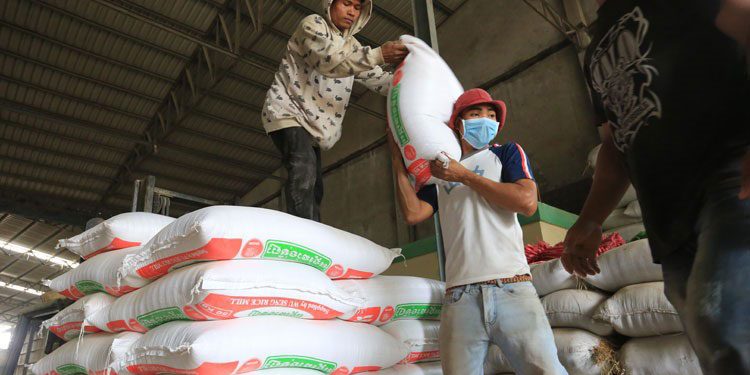 The World Bank says Cambodia’s economy will grow at more than twice the pace this year than its estimate of 2.2 percent growth in 2021. It says gross domestic product (GDP) will accelerate to 4.5 percent this year and reach 5.5 percent in 2023. That would still be lower than pre-Covid levels. Cambodia’s economy expanded 7.1 percent in 2019, but then contracted by 3.1 percent the following year as the pandemic forced border closures and cut international trade and tourism.

The World Bank estimate for this year is less optimistic than the Cambodian government’s forecast. Prime Minister Hun Sen said 2022 GDP will rise by more than 5 percent helped by growing demand for agricultural exports.

In the International Monetary Fund’s World Economic Outlook, released in October last year, it said Cambodia’s GDP would grow 5.7 percent in 2022, the fifth strongest of the 10 ASEAN members, expanding to 6.6 percent in five years, making it second only to Vietnam among ASEAN members.

In its latest outlook for East Asia and the Pacific (EAP), the World Bank said the region’s growth rebounded last year to an estimated 7.1 percent fueled by China’s expanding economy. It says this year EAP growth will decelerate to 5.1 percent, reflecting a slowdown in China, which is estimated to have 5.1 percent GDP growth, compared with last year’s estimated 8 percent.

“A series of significant disruptions caused by the pandemic resulted in weaker-than-expected growth in several large economies in 2021. The damage to activity from the lockdowns and extended border closures was especially evident in tourism-dependent economies where the projected recovery was insufficient to restore output to its pre-pandemic level in 2019,” the World Bank said.  “Tourism-dependent economies are not expected to recover to pre-pandemic levels until 2022 (Cambodia, Malaysia, the Philippines) or 2023 (Thailand).”