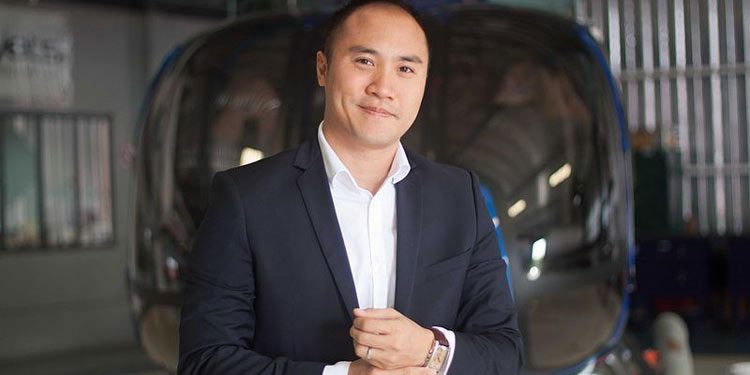 A Cambodian-owned aviation company is at the forefront of efforts to help stranded visitors in the Philippines return safely to their home countries.

Thousands of foreign visitors from the United States, Canada, New Zealand, India, Australia, Germany, United Kingdom, France and other countries have been stranded in the Philippines because of lockdowns imposed by the government there to combat the spread of Coronavirus.

While the bulk of the repatriation flights has been shouldered by major airlines like Philippine Airlines (PAL) and Emirates, private charter companies were also tapped for the same purpose.

Among them are PhilJets Aero Charter Corp, a leading Southeast Asian business aviation company founded and partly owned by Thierry Tea, a prominent Cambodian-French businessman. Tea and Filipino partners founded PhilJets in 2013 after his stint as head of Airbus Group in the Philippines.

After a request from the German and French Embassies in Manila earlier this month, PhilJets organised the evacuation of 144 tourists from Boracay, Siargao, Cagayan de Oro, Davao and Butuan.

The group, which was flown out on five charter flights, comprised of 101 German and 10 French nationals, in addition to 16 Filipinos, five Austrians, four Irish passengers and several citizens of Belgium, Slovakia, Singapore and Israel.

The evacuees were transported to Manila aboard a Bombardier Q400, a Cessna 206 and a Dornier 328. From the capital, the tourists boarded international charter flights on their onward journey to respective countries.

According to Geoffroy Cahen, commercial director of PhilJets, all passengers were able to connect with their corresponding flights for Frankfurt and Paris on the same day. Cahen was involved in the planning, coordination and operation of the mission.

“We are all delighted to have contributed to support this initiative and assist hundreds of tourists in need and we are happy they were able to reach their homes safely,” he said.

PhilJets currently manages a fleet of nine helicopters and eight private jets. In addition to his business interests in the Philippines, co-owner Thierry Tea also operates several businesses in Cambodia, including the investment firm Negocia Ventures.

We are all delighted to have contributed to support this initiative and assist hundreds of tourists in need and we are happy they were able to reach their homes safely.