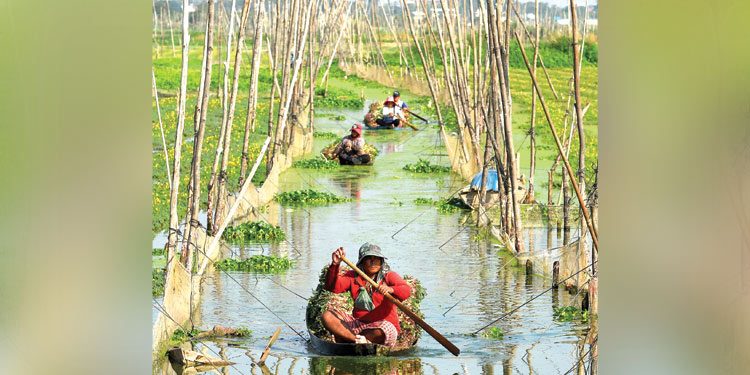 Called the Competitive Agriculture Development Project, it will contribute funds to farmers and agricultural cooperatives to expand into the whole production cycle, from A to Z.

The initiative was raised in a video conference meeting held between ARDB and ADB yesterday.

ARDB director-general Kao Thach said that the project is in line with the government’s target of boosting local agricultural production.

“The purpose of the project is to focus on increasing added value to each main factor of agricultural production chains for boosting their development,” Thach told Khmer Times on Tuesday.

To implement the project, $110 million will be funded at a lower interest rate to farmers and agricultural cooperatives and it would run from 2021 to 2027, according to Thach, who added that agricultural production bases in six provinces would be selected to benefit from the project.

The call to boost agricultural production is also aimed at increasing food security in the country as the government and people fight against the potentially fatal Novel Coronavirus pandemic.

“The project is important because some farmers and agricultural cooperatives are in need of loans with low interest rates to expand and support their production,” Thach said.

ARDB is also providing special loans to rice millers for the purchase of paddy rice and to build rice storage facilities and recently it started providing loans to small and medium enterprises for processing agricultural products.