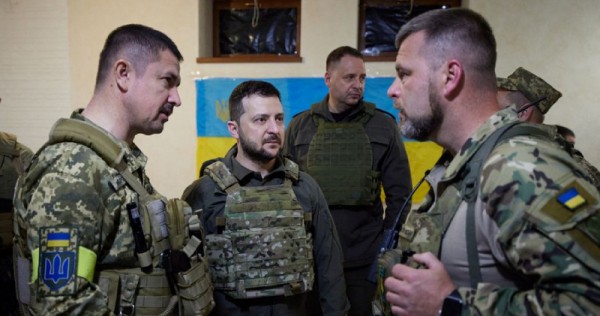 Ukrainian President Volodymyr Zelenskiy visited troops on the frontline in Ukraine’s northeastern Kharkiv region on Sunday, his first official appearance outside the Kyiv region since the start of Russia’s invasion on Feb 24.

“You risk your lives for us all and for our country,” the President’s office website cited him as telling the soldiers, adding that he handed out commendations and gifts.

Zelenskiy’s chief of staff, Andriy Yermak, wrote on the Telegram app that the president had also visited Ukraine’s second-largest city of Kharkiv.

Yermak said Zelenskiy toured destroyed residential buildings, noting that their replacements had to be built with bomb shelters in place.

The president’s chief of staff added that 31 per cent of Kharkiv region’s territory was currently occupied by Russia, and a further 5 per cent had been taken back by Ukraine having been occupied earlier.