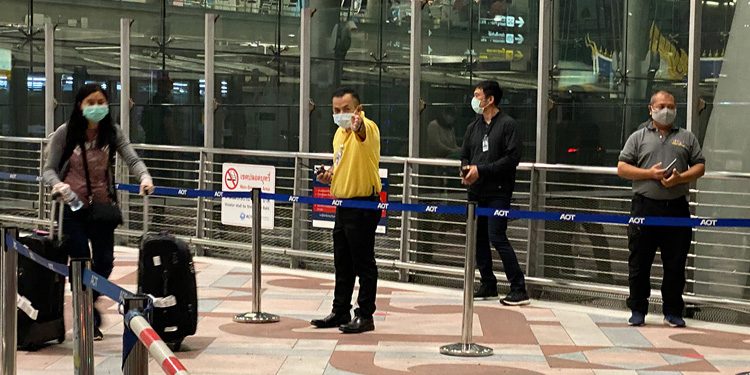 BANGKOK (Bangkok Post) – The Royal Thai Police is forming a special task force to track down tourists infected with COVID-19 as Thailand prepares to reopen its airspace to travellers.

The Central Investigation Bureau (CIB) will be in charge of tracking tourists, according to a source.

The division will contain the spread of the virus, which might enter the country by way of foreign tourists or Thai returnees when the airspace is reopened.

Pol Lt Gen Sutin admitted to the formation of this special division. Even though the government has yet to open its airspace to international flights, he said he has a blueprint on how the division will operate.

Meanwhile a total of 274 Thais stranded in the Philippines by COVID-19 returned home by a special flight on Sunday night.

The returnees were immediately screened by disease control officials. One of them was found to have a high fever, and two others were sick with chronic disease. They were taken to a hospital for examination.

The remaining 271 were placed in 14-day state quarantine, either at the Bangkok Palace Hotel in Makkasan or the Patra Hotel on Rama 9 road, in Bangkok.