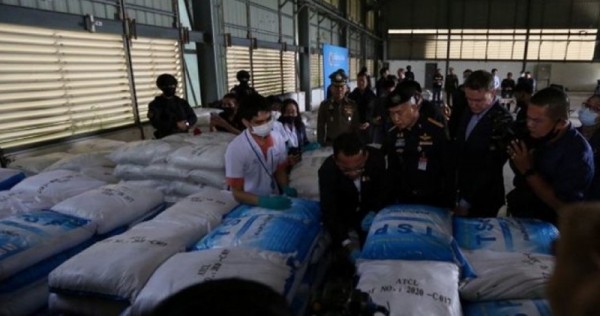 BANGKOK – Thai authorities said on Tuesday that barely more than one gram of ketamine had been found in a seizure that police had initially believed contained over 12 tonnes of the drug worth almost US$1 billion (S$1.3 billion).

Wichai Chaimongkol, head of the Narcotics Control Board, told a news conference 12.1 tonnes of the haul contained trisodium phosphate – a chemical which can be used as a food additive and cleaning agent.

The remaining 301 kg was calcium carbonate and just 1.2 grams of ketamine, he said, adding the seizure was made as part of an international investigation following arrests in Taiwan.

In November, Thai police announced what they thought was the country’s largest ketamine drug bust and said it pointed to a multinational drug network..

But authorities later said tests had not shown up drugs and that trisodium phosphate reacted in the same way as ketamine by turning purple in tests.

In medicine, ketamine is used as an anaesthetic or an anti-depressant, but as a recreational drug it is used to induce dreamy or trance-like sensations, and sometimes hallucinations.