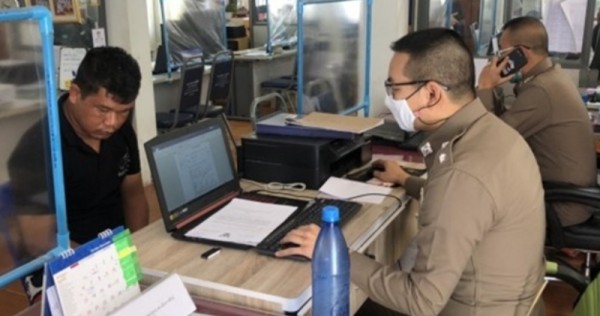 A former boxer who assaulted a girl and two women in Kalasin province on Dec 13 has been arrested and charged with five serious crimes.

Police revealed on Tuesday (Nov 15) that Nampetch Phurat, 33, had confessed to physically attacking three female victims after riding up to them on his motorcycle.

The first victim was a 15-year-old student who was beaten in front of a school at around 11am. The girl fought back and managed to escape.

Nampetch then searched for another target and spotted a 21-year-old woman at 8.30pm. He tried to grab her but she ran, triggering a chase.

Nampetch then kidnapped the woman and drove her to another location, 20 kilometres away from where she was taken. However, the pair were spotted by members of the public, who fought him off and brought the woman to safety.

Nampetch then continued his rampage by abducting a 30-year-old woman, but her screams drew the attention of people nearby and she escaped.