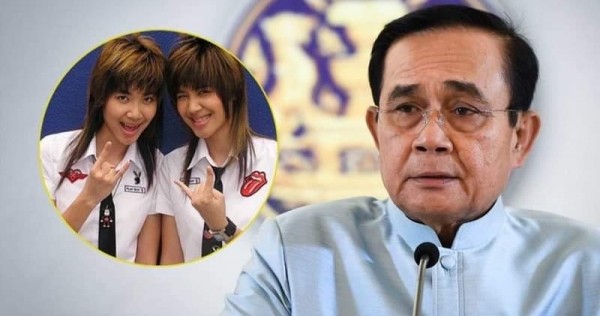 Thanya and Nittha Chan-o-cha are trending in social media after netizens tried to identify their whereabouts in response to authorities’ attempts to track down family members of anti-government protesters.

The twins said they had never involved themselves in their father’s political duties, according to a statement delivered on Wednesday by their lawyer, Apiwat Khanthong.

Meanwhile Prayut told reporters that his daughters were adults who had the right to protect their reputations.

The daughters said they would sue anyone who falsely accused them of illegal activities in other countries, of leaving the country, of studying in Australia, failing to pass university exams, living in a mansion in England, laundering money, receiving money from their father, or hiding the fact they were the daughters of the PM.

The allegations were untrue, and they had decided to take legal action to protect the family’s dignity, said Apiwat.