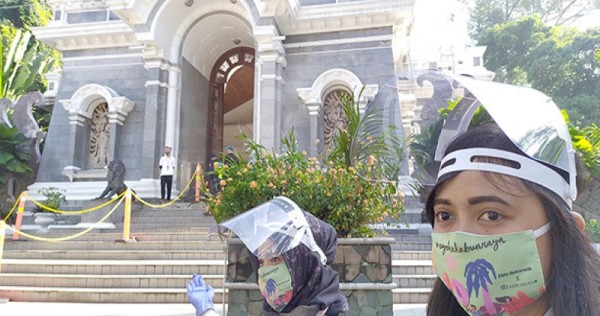 Experts have expressed skepticism about whether the curfews imposed in Bogor and Depok in West Java will be effective in curbing the rapid transmission of Covid-19 in the two cities.

Both cities have begun to see spikes in Covid-19 cases, with 61 new confirmed cases recorded in Depok city and around 60 recorded in Bogor regency and Bogor city on Tuesday.

Bogor and Depok cities are currently categorized as high-risk, or red zones, with high rates of transmission, while Bogor regency is categorized as a medium-risk or orange zone.

Berry Juliandi, secretary-general of the Indonesian Young Academy of Science (ALMI) and IPB University biologist, expressed doubt about the effectiveness of the curfews in slowing the increase in Covid-19 cases, saying transmission could also occur during the daytime.

“Maybe this kind of restriction can suppress the increase in Covid-19 cases, but the result won’t be significant,” Berry told The Jakarta Post on Wednesday.

Syahrizal Syarif, an epidemiologist from the University of Indonesia, worried the curfew would negatively impact businesses that operate at night, saying opening hours of businesses should last until 10 p.m.

While he believed that imposing lockdown measures was the best way to reduce transmission, as has been proven in countries like Australia, he also said closing down the economy might not be the right strategy for Indonesia, which has experienced at least six months of economic slowdown during the implementation of large-scale social restrictions (PSBB).

“The most important thing is that people wear masks, maintain physical distance and wash their hands regularly,” he told the Post. “This is because [respiratory] droplets have been the main cause of transmission […]. Therefore, masks and physical distance are non-negotiable.”

He advised the administrations to stage public information campaigns on the importance of following health protocols and to begin imposing heavier sanctions against those found not wearing masks.

Berry suggested that regions with high rates of transmission should be allowed to enforce lockdowns, with the government providing basic necessities and social assistance for residents.

Amid the rise in cases, West Java Governor Ridwan Kamil has extended the PSBB measures in Bogor, Depok and Bekasi until Sep 29.