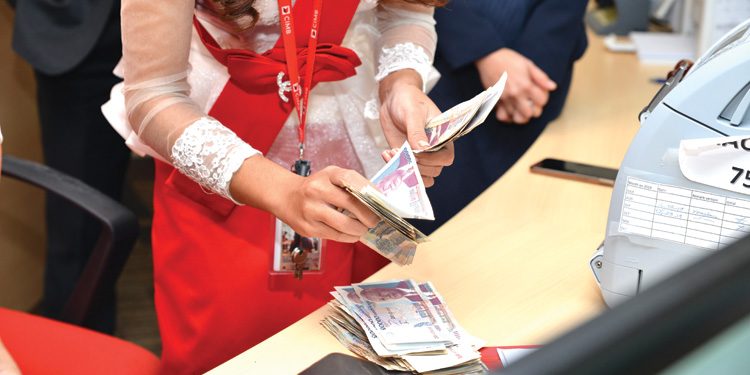 Around $1.2 million dollars was returned to the National Bank of Cambodia (NBC) in the last three months from PRASAC, one of the largest financial institutions in Cambodia, after the NBC requested all commercial banks and microfinance institutions (MFIs) to send it the smallest US dollar banknotes.

The NBC gave a three-month deadline (June 1 to Aug 31) for all commercial banks and MFIs to collect $1, $2 and $5 bills so it can transport them to a foreign country.

Say Sony, PRASAC’s executive vice-president, said: “After the deadline we are  responsible for paying any transfer fees as per mentioned by the NBC. However, we can see a declining amount of smaller dollar notes being used recently so we don’t think there will be any problem.

“I think that this will be good for Cambodia because fewer US dollars will make it easier for us to manage. It will also make us more independent using our own currency.”

It has been speculated that de-dollarisation may make Cambodia’s currency the riel (KHR) stronger in years to come as well as make cashless payments even more popular.

David Van, a Cambodian entrepreneur, said NBC’s decision to phase out smaller US dollar notes seems to be a gradual but necessary move towards gradual de-dollarisation and encouraging further usage of riels.

“When the deadline passes, probably more people will use mobile banking
apps provided by banks, which saves the time and cost of handling cash for banks and merchants alike,” he said.

The reaction from the public towards this seems to be positive because  businesses and consumers alike don’t seem to be burdened.

Over the last month Aeon  Mall, Phnom Penh, has been giving change to customers in riels in exchange for $1, $2 and $5 notes.

One shopper at the mall, Srey Roth, said: “It does not really bother me that I was given change in Cambodian money. I always use riels anyway. I think that it is good that we are using our own currency. Hopefully this will strengthen Cambodian money in the future.”