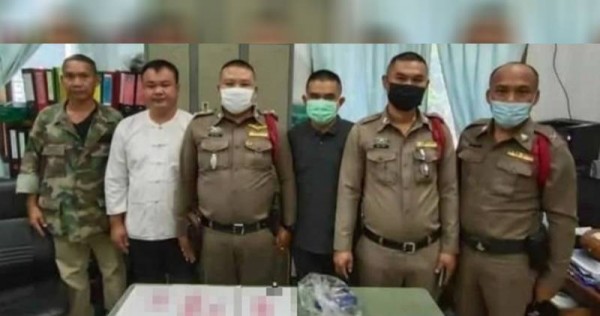 A stray dog reportedly played a stellar role in getting two alleged drug dealers arrested in Phrae province on Saturday.

The dog reportedly dragged a bag containing 639 pills of amphetamine to a post office in Rong Kwang district in Phrae. It is not known where the dog found the bag.

On Saturday, Rong Kwang Police Station reported that a bag full of drugs was dropped off near the post office and a stray dog was responsible for it.

Police traced the source of those illegal pills and arrested two alleged drug dealers, a 38-year-old male and a 37-year-old female, who were charged with drug possession.

Employees at the post office praised the dog for being smart enough to bring the drugs that the dealers had tried to dispose of, as if it wanted to report the crime.