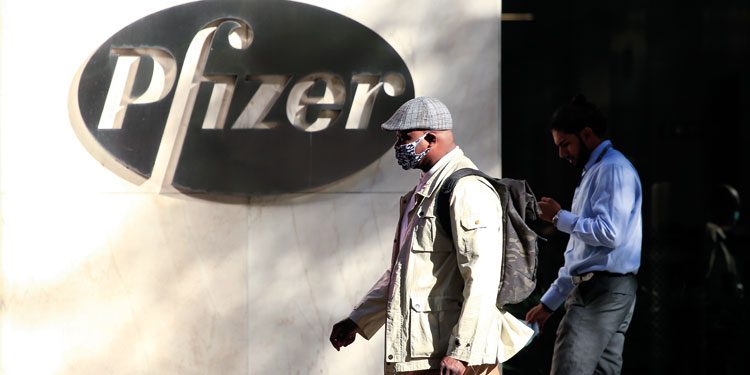 AFP – Pfizer, Moderna, Novavax: executives at several US laboratories developing COVID-19 vaccines have recently pocketed millions of dollars by selling shares in their companies, raising questions about the propriety of such a move in the midst of an international health crisis.

On the very day that pharmaceutical giant Pfizer announced preliminary data showing its vaccine was 90 percent effective against the Coronavirus, its chief executive Albert Bourla sold shares worth $5.6 million.

There was nothing illegal about this, Pfizer said: the sale took place according to rules allowing company heads to sell shares under predetermined criteria, at a date or for a price set in advance, to avoid any suspicion of insider training.

Under the same rules, several Moderna officials have sold shares worth more than $100 million in recent months.

That company has not placed a single product on the market since its creation in 2010, but the federal government has committed to paying it up to $2.5 billion if its vaccine proves effective.

Moderna shares have soared from $19 at the beginning of the year to a current level of $90.

The boss of Novavax, for his part, sold $4.2 million in shares on August 18, just over a month after the announcement it would receive public financing of $1.6 billion.

Accountable US, a nonpartisan taxpayers’ advocacy group, has calculated that from the start of the federally coordinated effort to develop vaccines on May 15 until August 31, officials at five pharmaceutical companies made more than $145 million by selling shares.

Executives at Pfizer and Moderna were operating under a rule put in place by the Securities and Exchange Commission in 2000 to allow company employees to sell shares without facing insider-trading charges.

It allows them to set up a plan determining the trades of their shares at a price, amount or dates specified in advance, but only when they are not in possession of privileged information that could affect share prices.

Once such a sale is planned, it cannot be modified at the last minute, even if its timing might ultimately raise questions.

Still, this use of the rule by Pfizer and Moderna appears “legally questionable”, according to Daniel Taylor, an associate professor at the University of Pennsylvania’s Wharton business school, who has been studying the big pharma firms since the beginning of the pandemic.

“The question is, what did the executives know at the time that they pre-scheduled the trade?” he asked.

Bourla, according to Pfizer, had merely re-authorized on August 19 a plan for a share sale originally authorized in February, “with the same price and volume term”.

But a day after that, the company issued a statement describing the preliminary results of its clinical trials as “positive”.

It is of course not just normal but desirable that laboratory heads should be encouraged to develop a safe and reliable vaccine as quickly as possible, Taylor said.

But “when they are going to sell their shares, they have to make sure that they are operating by the same level playing field, that they’re not taking advantage of other investors by having more information”, he said.

Taylor added a word of caution: “I don’t think that companies have internalised the reputational risk to these trades” by selling shares even as COVID-19 cases have been spiralling upward around the world.

When a top executive needs to sell shares to pay for a yacht, a new house or his children’s education, the public rarely is aware of it. But with the pandemic raging, the laboratories are under intense scrutiny.

For Sanjai Bhagat, a professor at the University of Colorado-Boulder who specialises in corporate governance, top executives should simply not be allowed to sell company shares until a year or two after they leave the company.

“If they have a lot of vested stock and stock options, then they have an incentive to get the share price as high as they can, even by not being totally honest with the investing public,” he said.

Bhagat believes corporate boards should eliminate any chance of temptation.

“Not having done anything illegal is not the standard by which they should be judged,” he said. “Especially in these times, people are expecting them to act responsibly.”

The SEC would not say whether it was investigating any of the lab executives.

But in an interview in May on the CNBC network, SEC chairman Jay Clayton exhorted executives to respect best practices.

“Why would you want to even raise the question that you were doing something that was inappropriate?” he asked.