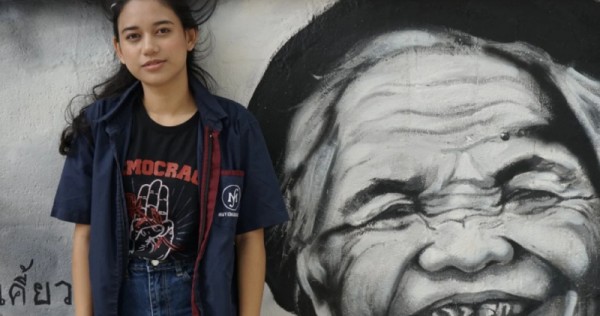 The Covid‑19 pandemic is upending the economic futures of young people across the Asia-Pacific.

As economies across the region plunge into their worst recessions in generations, workers in their 20s and 30s are facing the brunt of lay-offs as workplaces shed employees on a last-in, first-out basis.

The Asian Development Bank and the International Labour Organisation have predicted that up to 15 million youth jobs in the region’s 13 countries will disappear in 2020.

Those who can find work face the prospect of lower earnings for years – perhaps even decades – to come. For many, it is the second catastrophic shock in just over a decade, following the 2007-2009 global financial crisis.

Hanging in the balance are the hopes and dreams of a generation, whose experiences of the pandemic will shape the future of the region and the world. Their stories have several common threads: schooling and fledgling careers, then the pandemic and rapidly dwindling prospects.

This Week in Asia talked to a cross-section of the region’s young and aspirational. With their lives on hold amid a rapidly changing economic and sociopolitical landscape, they shared how they are coping, how their views on life and politics are changing amid the upheaval, and what they think their futures might someday hold.

At the beginning of this year, 25-year-old Rajeev Kumar was ready to start making big plans for the future. He had just landed a job as a technical recruiter at an IT company in Noida, a technology hub on the outskirts of New Delhi, after spending more than US$8,000 (S$10,000) on a four-year bachelor of technology course at a private college in the city of Alwar.

His starting salary of 30,000 rupees (S$540) per month was just enough to put a little aside for the wedding he planned to have in 2021 – with high hopes of his monthly wage reaching 50,000 rupees before then.

But then the coronavirus pandemic hit, and in April – weeks after India had entered a nationwide lockdown in a bid to curb the spread of contagion – Kumar’s employer slashed his wages to 21,000 rupees a month.

By July, he was out of work completely – one of the 100 or so employees forced to resign with just one month’s salary as severance pay. Although Kumar managed to find another job with a similar company in September, he remains anxious about his prospects.

“My career had barely taken off when it crashed,” he said. “Now there are barely any job

“I’m enraged. It’s as if they’re taking things lightly,” Patawaran said. “At this point, I can’t even think of my future. It’s draining to think of where I will be in the next

Saka said the effect was especially strong in countries where the government was divided, fragmented or unpopular and seen to “fail to pass the stress tests that are imposed by these epidemics”.

The impact of the Great Recession and its lingering aftereffects has been cited as a reason for the growing support for socialism among millennials and Generation Z. A 2018 Gallup poll found that just 45 per cent of Americans aged 18 to 29 had a positive view of capitalism, a fall of 23 percentage points since 2010.

“Severe economic pain has generated scary political outcomes in the past. Post-World War I Germany is the classic example, but there are plenty of others,” Foster said. “We’ve seen examples in history of the rise to power of both extremes of the political spectrum, fuelled by economic pain, with disastrous consequences for human welfare.

Tim Third, 28, has lost faith in the system since a lockdown in Melbourne, Australia, forced him to put his two event-hire companies on ice and decimated the bottom line of the family-run auto-recycling business. After pouring the last four years into building up his own businesses, Third no longer sees much point in striving to succeed.

“I’m not willing to invest that time and energy again, knowing that at any given moment the government has the power to destroy everything you’ve done in the name of health and safety, which I think is pretty unjustifiable,” he said.

Although Australia has managed to keep Covid-19 fatalities low, with just over 900 deaths, a resurgence of cases in the state of Victoria in July led authorities to reimpose a second lockdown and curfew that shut most businesses and mostly confined people to their homes until late October.

Combined with earlier restrictions in March, Melbourne ultimately spent almost six months under lockdown – one of the longest shutdowns in the world.

While some businesses have called the restrictions disproportionate, medical experts have hailed the measures after Victoria on Friday recorded two weeks without any new Covid-19 cases – a “massive achievement”, as epidemiologist Jodie McVernon from Melbourne’s Doherty Institute told national broadcaster the ABC.

But even before Victoria’s second lockdown, Australia’s GDP had already plunged 7 per cent in the second quarter, sending the country into its first recession in almost three decades. In May, the unemployment rate among those aged 15 to 24 shot up to 16.1 per cent – the highest in almost a quarter-century.

In July, the government-run Productivity Commission warned that many young workers would face “long-term scarring” and “lower salaries than they might have expected in the early part of the century”.

Third said he had “fully lost faith” in the government and would consider emigrating as a result of the restrictions, which he considers excessive and unfair.

“This is going to change the way people go about their lives and want to participate,” he said, adding that other young business owners he knows have similar opinions.

“They know longer want to participate, they no longer want to be part of this system, when at any given time they can put in safety measures – as they call them – and take everything away from you.”

For Jesslyn Tania, a high school graduate who lives in the Indonesian capital Jakarta, the pandemic has made obvious the flaws in a society that was “already broken from the beginning”.

The 18-year-old Indonesian-Chinese, who identifies as queer and uses the pronouns “she/they”, had planned to study politics and economics at Universitas Indonesia this year, but was forced to change tack owing to a lack of funds.

As the child of separated parents from one of the country’s “less-privileged” ethnic Chinese families, Jesslyn said it would be nearly impossible to get ahead in Indonesia without obtaining a university degree.

That fact is compounded by the nation’s “very conservative” outlook, which the women’s rights and gender-equality activist said required people to conform to flawed societal standards if they wanted to succeed.

Jesslyn lives near Jakarta’s Chinatown with their 70-year-old maternal grandmother, who makes a living selling steamed buns and other pastries for around 70 to 80 US cents each.

As many as 12.7 million working-age Indonesians could be unemployed by next year, the country’s national development planning ministry has projected, with the economy shrinking 3.49 per cent in the third quarter and entering recession after two straight quarters of negative economic growth.

The country has also been one of the hardest hit regionally by the coronavirus, with more than 450,000 confirmed infections and nearly 15,000 deaths as of mid-November.

Against this backdrop, Jesslyn finds little to smile about, despite having secured a paid internship with the Jakarta Feminist Discussion Group.

“Honestly, it’s so bleak and so hopeless. But realising all of this and realising that I never stood a chance in the first place, especially with my fragile identity, is very tiring – like, what’s the point anyway?” they said.