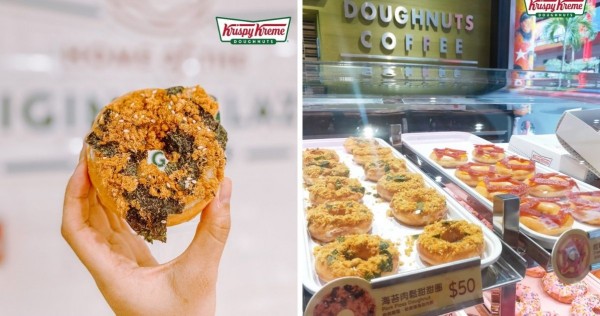 The novelty of the flavours, however, failed to win foreigners’ hearts.

The post has drawn much attention among the foreign community with many users saying that they just look “gross.”

One user said that this new flavour indicates that their business is dying while another wrote that he would rather spend hard-earned NT$50 (S$2.40) on a lunchbox than on this doughnut.

Meanwhile, one user commented that these pastries are commonly found in Taiwanese bakeries: “Apart from the sugar glaze?”

However, Taiwanese have higher acceptability to new flavours. When Taiwan’s Krispy Kreme announced that it would be co-branding a limited-edition doughnut with Hsin Tung Yang, many people rushed to the store to give it a try.

Those who have had it describe it as Taiwanese pork floss bread. The pop-up event ended on Nov 18, and those who want to try it may have to wait for some time.