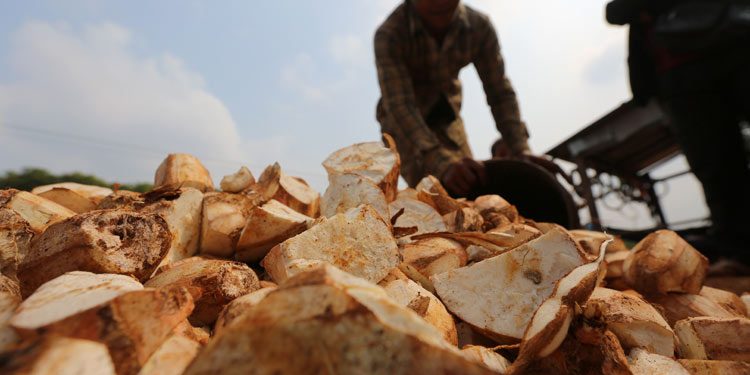 The provincial governor in Battambang has called on local and foreign investors to seek investment opportunities in the province, claiming the sector has great potential but not so many investors have invested in the province.

The province now boasts a large-scale investment by Korean and Chinese investors in producing capsules from cassava starch, according to Battambang provincial governor Nguon Ratanak.

Cassava is a calorie-rich vegetable that contains plenty of carbohydrate and key vitamins and minerals. It is a good source of vitamin C, thiamine, riboflavin, and niacin. The leaves, which are also edible if a person cooks them or dries them in the sun, can contain up to 25 percent protein Ratanak noted that the company is now processing cassava starch in capsules which will be exported to the international market.

“We want such investments to invest in the province, especially manufacturing from the raw material to packaging them for export,” he said, adding that to bolster and increase added value in the agriculture sector more investments are needed.

In the first four months of the year, he said, the province exported about 10,000 tonnes of milled rice, accounting for 30 percent of the nations’s total rice exports. There are 15 rice exporters in the province.

Cambodia exported around 7 million tonnes of agricultural products in 2019, according to a report from Agriculture, Forestry and Fisheries.