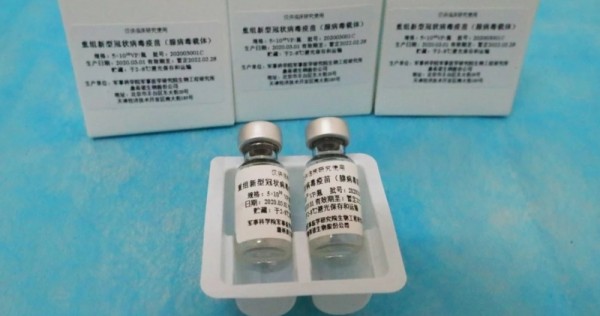 A group of researchers have sounded the alarm about a method being used to build some experimental Covid-19 vaccines, saying it could increase the risk of HIV infection in populations seen as vulnerable to the virus that causes Aids.

Some vaccines use what is known as a viral vector, or a modified virus that delivers the vaccine’s genetic material into the body’s cells. One vector, a cold virus known as adenovirus 5 (Ad5), is being used in two Covid-19 vaccines in advanced trials – one by Chinese company CanSino Biologics and another by Russia’s Gamaleya Research Institute.

But four scientists who ran international trials of an HIV vaccine candidate using Ad5 over a decade ago found it increased the risk of HIV infection for certain men. The researchers are concerned the same risks remain.

“Both the HIV and Covid-19 pandemics disproportionately affect vulnerable populations globally,” the researchers wrote in a letter published in The Lancet scientific journal this week. “Roll-out of an effective Sars-CoV-2 vaccine globally could be given to populations at risk of HIV infection, which could potentially increase their risk of HIV-1 acquisition.”

This “important safety consideration” should be thoroughly evaluated before further development of Ad5 vaccines for Sars-CoV-2, wrote the researchers, who all work for institutions in the United States, including the National Institutes of Health.

It comes as some 10 experimental Covid-19 vaccines, developed using a range of technologies, have advanced into large final phase 3 trials, raising expectations that a vaccine to fight the pandemic is near after it has killed more than 1.1 million people and upended economies and livelihoods for billions.

The researchers cited CanSino’s Covid-19 vaccine in their letter. The Ad5 vectored vaccine was given a special authorisation for military use in China in June and is currently in phase 3 clinical trials in Saudi Arabia, Russia and Pakistan.

Yu Xuefeng, chief executive of CanSino, told Science magazine that the risk of increased susceptibility to HIV may just be for Ad5 vaccines that carry the protein for that virus. “There’s no clear answer yet,” Yu said. CanSino did not respond to a request for comment from the South China Morning Post.

Virus specialists have expressed support for the Lancet letter, agreeing that results from previous studies could indicate Ad5 Covid-19 vaccines are not appropriate for people at high risk of HIV or at least warrant closer evaluation.

“It is a real concern,” said Damian Purcell, a virologist at The Peter Doherty Institute for Infection and Immunity, University of Melbourne. “It’s the risk/benefit against speed,

The most affected men had already been exposed to the Ad5 virus – a common, cold-like infection – in the past and were uncircumcised, according to a 2012 follow-up of one of the studies. They were as much as four times as likely to become infected with HIV, the study found.

The effects waned over time during an 18-month period. Increased risk was not seen in women, who were included in another study.

Researchers suggest the risk could be linked to the immune system’s reaction to Ad5, stimulating certain immune cells that are susceptible to HIV infection or enhancing HIV replication in those cells.

HIV infection can be prevented by measures like wearing condoms or taking a pre-exposure prophylaxis pill that reduces the risk. An estimated 1.7 million people became newly infected with HIV in 2019, according to UNAIDS.

The potential for a similar risk in Covid-19 vaccines using the Ad5 vector may mean the use of these vaccines should be judged carefully when it comes to populations at risk of HIV exposure, according to Kylie Quinn, a vice chancellor’s research fellow at RMIT University in Melbourne.

“But in a more general population if HIV is well controlled in other ways, in terms of the overall impact it may not be responsible for a lot of infections,” she said. “Ethically, because we know this could be potentially an issue, it’s really important that at a bare minimum this is communicated to people who are receiving this vaccine.”

But it is not known whether the Covid-19 vaccines using Ad5 would have the same effect as the ones used in the HIV trials, said Ashley St John, an associate professor at Duke-NUS Medical School in Singapore.

“While I would not immediately assume that HIV acquisition rates could be influenced by a Ad5 Covid-19 vaccine, I think this highlights that some additional tests are warranted to confirm,” she said.

A group of researchers who evaluated the CanSino vaccine in phase 1 clinical trials said they would monitor this risk in subsequent trials.

“Although the association between HIV-1 acquisition risk and Ad5-vectored vaccine is controversial and its mechanism is unclear, the potential risks should be taken into account in studies with this viral vector delivery platform,” they wrote in a report published in The Lancet in June.

At least four vaccines in clinical trials also use a manipulated form of this virus as a mechanism to stimulate the immune system against Covid-19.

Russia’s Gamaleya vaccine, which relies on Ad5 and another less common adenovirus for its platform, has already been given approval in that country while in phase 3 trials. Two other vaccines have entered or received approval for phase 1 trials of their products in the US.

Without access to vaccine makers’ clinical trial protocols, it is difficult to know the extent to which the risk is currently being evaluated, St John said, adding that it should be monitored over the long term.

“Since this is a known safety question and the mechanistic cause for the effect is not definitively known, we can’t ignore it,” she said.