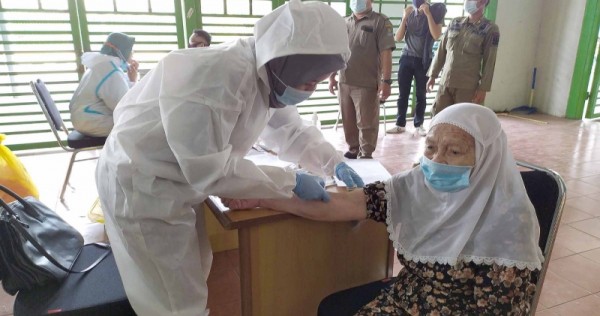 Health authorities working in the field still face difficulties carrying out close contact tracing as they face rejection from the public, the National Covid-19 task force has said.

“The biggest obstacle right now is tracing, because there is a lot of resistance in the community due to the stigma against Covid-19 patients [who they believe] should be avoided,” task force spokesman Wiku Adisasmito said in a press conference on Tuesday.

He said unreliable information circulating among communities eliminated “the feeling of trust” in Covid-19 patients as the subjects of contact tracing.

Wiku further called on all segments of society to eliminate negative stigmas against Covid-19 patients so that the government could work effectively while urging the public to be truthful regarding their travel history and interactions.

“Being honest and supportive to officers when identifying close contacts is important for the success of the 3T [testing, tracing, treatment] program,” he said.

Five provinces have exceeded World Health Organisation (WHO) standards for testing capacity, but the national testing rate has not, he said. The five provinces are Jakarta, West Sumatra, Bali, South Sulawesi and Papua.

Wiku said treatment for Covid-19 patients had continued to improve, as indicated by an increasing rate of recoveries.

However, the task force has recorded an increase in positive Covid-19 cases by 16.4 percent over the past week.

The other four provinces with the highest increase in new cases were Jakarta with 1,002 cases, West Sumatra with 603, East Kalimantan with 584 and Central Java with 338.

“Last week, these four provinces were not included in the top five, but this week they are. This means that these four regions experienced a significant increase in cases,” Wiku said.