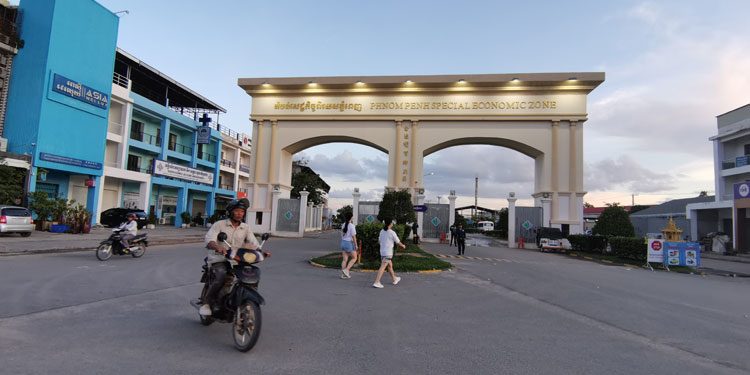 Phnom Penh Special Economic Zone (PPSP) share price hit a record low on Friday, closing at 1,850 riels a share as the company says it is still working on “internal information” for the share buyback plan approved by shareholders last month.

Chief Financial Officer at PPSP Fong Nee Wai responded to questions on when the company would submit documents for approval by the regulator, stating: “Internally we are preparing some information relevant to this exercise to be carried out.”

He added: “Once ready, we will share with you the information, which must be after we have submitted to and consented with the SECC [Securities Exchange Commission of Cambodia],” he added.

Cambodian Securities Exchange Chief Operating Officer Ha Jong Weon said the company is yet to disclose any formal documentation regarding the buyback.

“In regards to the share buyback, further information [on the number of shares and the offered price] has not yet been disclosed from the company. To proceed with this matter, PPSP shall seek approval from the SECC,” he said.

When news broke that the company would have no dividend distribution this year and would instead be buying back shares, the share price dropped from 2,300 riels in mid-October to its current record low of 1,850 riels a share. PPSP has a total market capitalisation of 71,875,000 shares valued yesterday at 132,969 million riels ($32,605,115).

After reporting healthy results in 2019, PPSP has been struggling with cash flow this year as it reported revenue and after-tax profit was “largely affected by land sales”.

According to Ha, as of this year’s second-quarter results, the profitability of PPSP has significantly declined and the company will want to preserve some cash to use in the operation rather than distributing it to shareholders.

“The shares buyback indicates the determination of PPSP to keep the share price under control. We can see the downward trend of PPSP’s share price during the last financial year and, with shares dropping below the initial public offering price and currently undervalued, the buyback will increase the value of stocks,” he said.

“Moreover, with low profitability so far this year, the buyback may help PPSP reduce the cost of equity financing resulting from dividend payments next year,” he added.

US presidential election: Trump may have lost, but Trumpism has only just begun