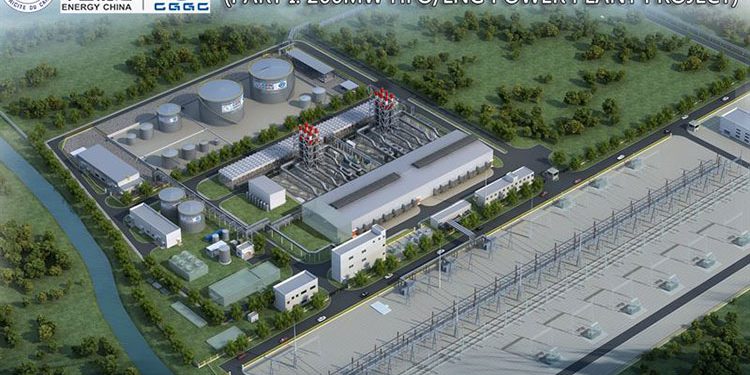 The contract was signed with Cambodian O&M company SchneiTec, which is responsible for the C7 power plant owned by Cambodian utility Electricite Du Cambodge (EDC) and constructed by MAN Energy Solutions.

The plant is powered by 11 × MAN 18V51/60DF engines. The five-year agreement covers the supply of OEM spare parts, specialist services and digital solutions, all aimed at improving the power-plant’s uptime to ensure a reliable energy supply for Phnom Penh.

MAN PrimeServ is partnering with SchneiTec to ensure the efficient planning of maintenance services during the plant’s lifecycle.

Michael Filous, vice president and head of PrimeServ O&M said the company was “grateful to have the opportunity to secure a reliable power supply for the people of Phnom Penh.”

Engine operation will be remotely monitored 24/7 by dedicated service experts, with the customer notified immediately in the event of critical deviations in engine performance.

The EDC C7 power plant is to play an important role in meeting Cambodia’s electricity shortage.

Cambodia has embarked on the construction of numerous power plants, ranging from coal to hydro in its quest to be energy sufficient and eliminate the frequent brownouts which occurs throughout the country, especially during the peak of the dry season.

In September of this year, SchneiTec had also signed a 5-year maintenance deal for the C7 power plant.

It was previously announced the project will cost $380 million – $300 million to be lent by the government and the rest coming from the state-run Electricite Du Cambodge’s budget.

The construction of the power project started in October 2019. It is composed of two plants. One will be powered by a 200mW generator from Finnish firm Wartsila. This plant is being developed by Chinese firm CGGC.

Paddy seedlings given to flood-hit farmers in Cambodia