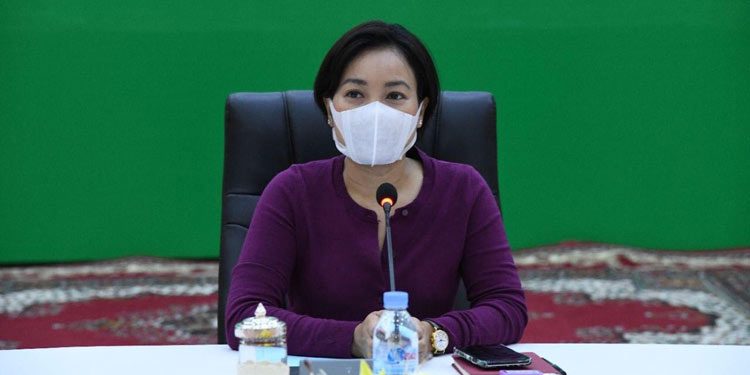 The National Bank of Cambodia (NBC) yesterday asked commercial banks and microfinance institutions to send it the smallest US dollar banknotes because it considers them difficult to manage and “there is little demand for them”.

The NBC said it will give a three-month deadline (June 1 to Aug 31) for all commercial banks and microfinance institutions (MFIs) to collect $1, $2 and $5 bills so it can transport them to a foreign country. There will be no service charge during this period.

The banks’ regulator said after Aug 31, the NBC will transfer the cost of exporting the notes to the commercial banks and MFIs.

It added there will be no charge for accepting $10 notes and it will continue discussing with banks and MFIs to determine the exact date to stop accepting the small US dollar banknotes completely from commercial banks and MFIs.

“Please note that this measure does not ban any trafficking of these small US dollar banknotes of $1, $2, and $5 in the market,” the NBC stressed.

The Central Bank explained that to strengthen the independence on the monetary policy and contribute economic growth with efficiency, Cambodia must push the use of the riel (KHR) widely, starting with the expense of small transactions. Therefore, keeping the small US dollar banknotes trafficking in the country will be a barrier to pushing the use of riels.

The NBC added that in the last six months, the riel, as well as other currencies, has depreciated substantially against the US dollar. For some countries in the region, the currency depreciation was because of a decrease of exports or capital outflows, but, for Cambodia, the riel depreciation was because of a fall in demand for the currency in the market as a result of a slowdown in economic activities and a decrease in paying taxes in riel.

“The KHR depreciation against the US dollar will affect farmers and people whose income is in KHR. Therefore, to boost the demand of Khmer riel in the economy, especially for small transactions, the use of small US dollar banknotes should be replaced by the Khmer riel,” the NBC said.

“The NBC also learned that the commercial bank and MFIs’ coffers are overwhelmed by $1, $2, and $5 banknotes which reflects that the demand for them is low in the Cambodian market,” the NBC said.

The MFI PRASAC’s Executive Vice-President and Chief Marketing Officer Say Sony told Khmer Times he welcomed the move anf that it would not a problem for his institutions because it can be replace by riels for small change. As of April this year, PRASAC had 85.28 percent in dollars for loans. “It is the big move but I’m not sure it is a great move,” he added.

Jayant Menon, visiting senior fellow at ISEAS-Yusof Ishak Institute, told Khmer Times that the NBC’s move may cause some inconvenience in the short term but it will encourage the increased use of riel, especially for minor transactions. But the real challenge, is to increase the use of riel for savings purposes, or as an asset or store of wealth.

“This move will not really affect that. That will require addressing the underlying causes of dollarisation. These include improving macroeconomic stability, strengthening institutions, deepening financial markets, improving governance and the other developmental challenges facing a transitioning economy such as Cambodia,” said Menon.

Chan Sophal, director of the Centre for Policy Studies (CPS), told Khmer Times that as far as he understood, the central bank measure is part of the de-dollarisation goal. He said that dollarisation benefits aside, there is basically no sense in using lots of dollar notes at the expense of monetary policy which can be used at a time of crisis like now.

“Dollar bank notes are increasingly problematic because many reject the unclean and slightly torn ones. Starting to reject small USD notes makes sense in my opinion,” Sophal said.