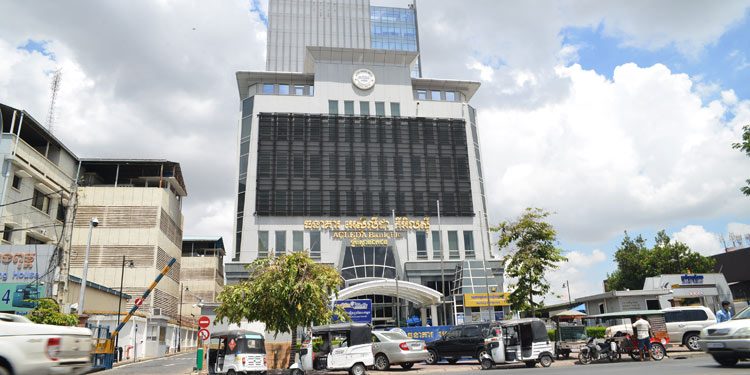 The huge growth was mainly contributed to by ACLEDA alone, the shares of which closed at 21,550 riels, a rise of 1,950 riels. While PPSP rose 10 riels from 2,030 riels per share. The other four stocks dropped remarkably compared with previous trading days. PWSA, PPAP, PAS dropped to 5,600 riels, 11,280 riels, 15,800 riels respectively and GTI fell to 3,250 riels compared with the previous day.

ACLEDA Bank recorded a net profit of almost $120.8 million in 2019, representing a 1.3 percent increase compared with 2018, according to its audited annual report. The report stated, that the bank’s gross income was $550 million last year and the profit before income tax was $153 million with net profit after tax at $120 million.

Non-performing loans were contained at 1.24 percent. The bank has 316 offices operating across Cambodia, Lao PDR, and Myanmar.

ACLEDA became the first public listed bank on the CSX on Monday raising around $17.6 million, with the number of initial public offering shares at 4,344,865 in the primary market.

President and Group Managing Director of ACLEDA Bank Dr In Channy said that to remain competitive, it is worth noting that the Bank continues to support its customers’ ability to grow together beyond Cambodia via QR code cross-border payments.

He said that banks and financial institutions reach out to their customers by means of a substantial branch and office network while expanding to electronic infrastructures such as ATMs, points of sale and internet banking facilities.

He added that gradually as infrastructure is digitalised with the launch of financial technical (Fin-Tech( products via mobile applications, businesses can reach their customers 24 hours a day from anywhere.

Channy said that the bank will enhance the capacity of both local and foreign subsidiaries by providing them with a competitive edge, digitalise administrative processes and documentation to support digital banking, enrich information technology systems and security for robust digital functions and partner with additional reputable institutions for business growth.