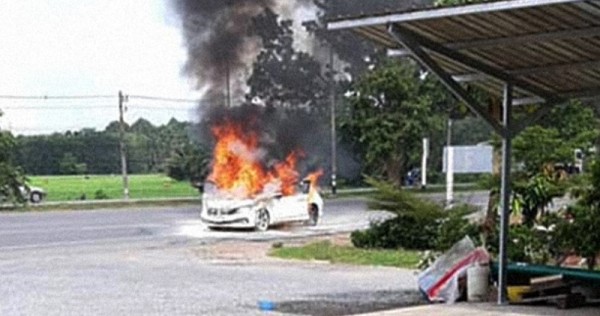 Carmaker Honda is facing safety questions after another case emerged today (May 27) of its Honda Civic model apparently bursting into flames during a routine journey. Facebook user “Ying Nichada” posted photos of her Honda Civic turbo rs 2019 engulfed in fire by the side of the road.

She explained that she was sitting in the car with her brother when the car alarm began sounding at around 2.30pm.

Shocked, they immediately tried to pull over and stop the car but found the brakes were not working, said Ying. They managed to pull off the road and use the handbrake to bring the car to a standstill.

Flames then began to engulf the entire car, she said.

Ying said the car was checked on February 27 by mechanics, who found nothing wrong, so she could not understand the reason for the failures.She also cited similar cases in November and December 2019.

Honda said it is addressing her case.