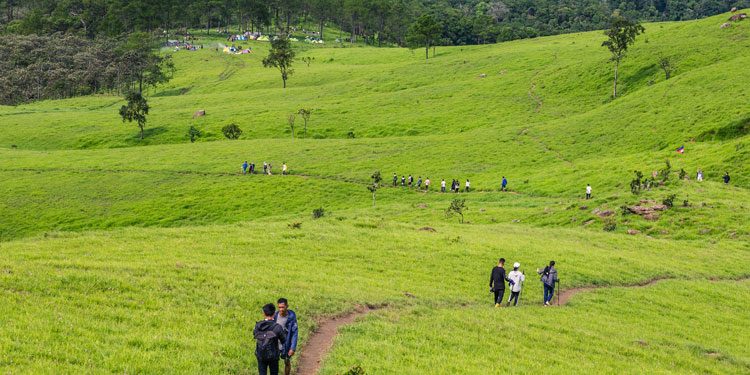 The Ministry of Tourism (MOT) held a meeting with the private sector yesterday to discuss plans to open up the country as soon as October to vaccinated tourists travelling to the country on package tours.

The meeting follows on from the reported May 24 virtual closed-door session held by the ministry in which it laid out an action plan for the gradual reopening of tourism in the country from October to December, beginning initially with a focus on Cambodia’s main tourist attraction Angkor Wat in Siem Reap province.

Speaking exclusively to Khmer Times, Director of Travel for the Ministry of Tourism, Chhun Hakara, said that the ministry presented a draft paper to participants  whereby the opening of the kingdom to tourists would initially only be available to vaccinated travelers booked on pre-arranged package tours through registered travel agents. The plan would thus exclude independent travellers, at least during the opening phase.

He acknowledged that the private-sector participants had concerns with regards to the potentially high prices of the tours putting off tourists and stated that the ministry would continue to work with all members of the sector including restaurants, resorts, as well as other ministries to ensure that tours to the country would be priced competitively, particularly in comparison with other nations in southeast Asia.

The private sector has largely reacted positively to the proposals.  Norinda Khek, media spokesman for Cambodia Airports, told Khmer Times that, “The three international airports have remained operational and handled flights since the Covid-19 outbreak. We are fully ready to support and accommodate the government’s policy to open to tourism”.

As for how quickly the policy could be finalised, the spokesman further stated that there would still need to be coordination between the MOT and the Ministries of Interior, Culture and Health before further information could be released and the tourism initiative could be implemented.

According to official figures from the MOT, Cambodia received 1.31 million international tourists in 2020, down 80.2 percent from the 6.61 million in 2019 and it is hoped that the new scheme will help to jump start the sector as per the April 1, 2021-2025, three-phased national tourism roadmap announced by Prime-Minister Hun Sen.