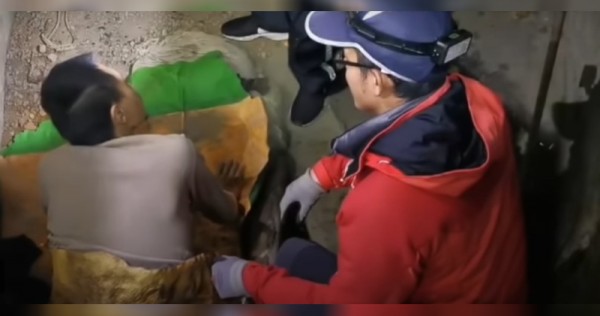 TAIPEI  — A Taiwanese man was found Wednesday in a cave behind an abandoned power station in Taichung, 40 days after he was reported missing by his family, authorities said.

The man surnamed Chiu, went missing on Nov 16. He was last seen heading to Guguan, a mountainous area in Taichung, on a scooter before he allegedly jumped off a 100-metre-deep ravine in mountainous terrain.

The Heping Precinct of the Taichung City Police Bureau said that they received a report on Tuesday (Dec 15) from a man surnamed Yang who said he found a person sleeping in a cave at the back of an abandoned power plant across the Provincial Highway 8 when he was hunting.

Authorities said that five police officers went to the location and confirmed that he was the missing person. The man was reportedly weak. He was taken to the hospital and his health condition is stable as of press time.

Police said they will conduct an investigation to understand the man’s whereabouts over the past 40 days. Medical professionals have expressed concerns at the man’s original statement, stressing that nobody can survive for 40 days without food.

Chiu’s family pressed charges on Dec 8 against Wang Chi-sheng, the head of Heping Precinct’s Guguan Police Station, for his alleged slow response to the rescue.

Wang has been in constant contact with rescue groups, local media said, and he assisted in searching for the man along with a total of 320 officers, firefighters and civilian rescue personnel.