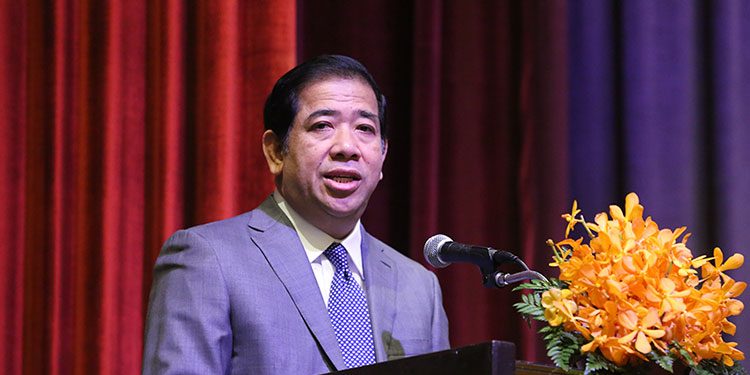 0
SHARES
21
VIEWS
Share on FacebookShare on Twitter
The General Department of Taxation (GDT) has collected around $2.697 billion in tax revenue as of Dec 16, according to Kong Vibol, director-general of the GDT.

Vibol announced this while speaking yesterday at the GDT’s Special Live Show.

It provided a current update on the taxation service.

He said that tax revenue collection has achieved about 94 percent of its planned goal and expected to reach 100 percent by the end of the year.

“As of December 16, the GDT has collected around $2.697 billion. The plan set before COVID-19 was to collect taxes of $2.85 billion this year,” Vibol said. In 2019, the GDT collected $2.819 billion for the national budget. He added that unlike this year and the pandemic’s terrible effect on business, the majority of enterprises in 2019 performed well  and made a profit for the year.

He added that in 2021, the GDT anticipates collecting $2.271 billion, but that target will be a challenge to achieve because so many businesses were affected by the pandemic, particularly in Siem Reap, where the tourism sector suffered a decline of almost 95 percent.

It is anticipated that the pandemic could affect revenue collection for as long as three to five years.

The director-general added that in 2021, the GDT expects to collect only 78 percent of 2020’s tax revenue and therefore the forecast for 2021’s tax collection is lower than the 2020 revenue target.

This article was first published in Khmer Times. All contents and images are copyright to their respective owners and sources.
Tags: Cambodia TaxKong VibolSiem Reap
Previous Post