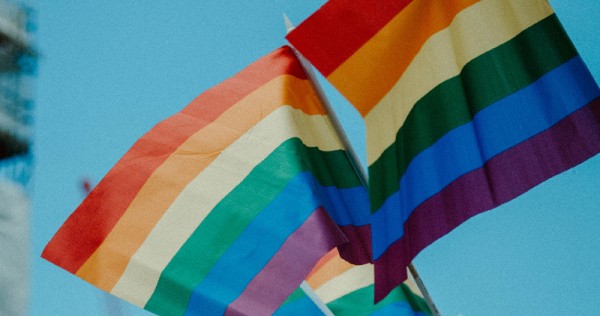 Less than a fifth of the members of Japan’s LGBT community have opted to come out at their workplaces, according to a new study, although sexual minorities here say there is evidence of positive change within companies and society in general.

The study, conducted by online financial services provider Au Jibun Bank, examined attitudes towards sexual minorities at companies in Japan and the ways in which they are treated differently than their heterosexual colleagues.

Just over 36 per cent of the 1,000 people taking part in the study – of whom precisely half were heterosexual and half identified as LBGT – said their companies conducted LBGT awareness training, while 34.4 per cent of firms took part in or sponsored events for sexual minorities.

Of the latter, 36.6 per cent provided congratulatory money gifts for special occasions, such as a wedding to a same-sex partner or a bereavement payment in case of death, but only 33 per cent included clear statements concerning discrimination in the workplace.

Of the sexual minorities who took part in the survey, just 17.6 per cent said they were open about their sexuality among their colleagues.

Hitoshi works for a Japanese company in Tokyo and has come out, although he is still sufficiently concerned about being treated differently that he did not want his full name used for this article or his company to be identified.

“Just like any country in the world, it is generally not easy to come out to anyone,” he told This Week in Asia.

Hitoshi said there was a degree of concern among LGBT people about discrimination within a company, although it may not be as acute in Japan as in some other countries. But he added that transgender people are more often subject to “quite significant” discrimination in Japan.

“At my company, none of this is an issue – at least in my eyes – but nobody knows just how another employee would actually react” if they learned that a colleague was a sexual minority, he said.

“I don’t expect any harsh anti-LGBT sentiments from my colleagues, but it’s more about rumours and idle chit-chat,” he said.

“I have heard some LGBT jokes made at after-work parties, so that’s not really LGBT-specific but it’s more sharing juicy secrets and gossip.”

Alexander Dmitrenko, a lawyer in the Tokyo office of the Freshfields Bruckhaus Deringer law firm and a member of the Lawyers for LGBT Alliance Network, says there appear to be several reasons why Japanese people prefer to be discreet about their sexuality in the office.

“Japanese people tend to keep issues from their private lives very private, but people in the West and other parts of the world look at this issue through a quite different prism,” he said, adding that to his knowledge, about 50 per cent of LGBT people in North America or Europe are open about their sexuality at work.

And Dmitrenko says he suspects that the figures for out LGBT people in many other Asian nations might be fairly close to the Japanese figure, as most governments in the region still lag behind on issues such as gay marriage and full social rights.

“In the West, coming out has become part of the human rights movement and, by coming out, people have become ‘ambassadors’ for the LGBT movement and enhancing people’s knowledge,” he said, adding that such a campaign has yet to take off in Japan.

“A much bigger point is that people do not want to be judged through the prism of their sexuality,” he added. “They want to work at a business where they are valued as an employee who is good at their job and an asset to the company.”

That does create a tension, however, if someone does not feel completely comfortable about being open with their sexuality yet still be expected to give their all to their organisation.

For other members of Japan’s sexual minorities, Dmitrenko said, it is less a question of concealing their personal situation than simply not feeling a need to declare their sexuality.

“Plenty of people say they just don’t need to because the environment in which they work is already open and friendly,” he said, adding that some of his gay friends are not presently in a relationship and that there is therefore “nothing to disclose”.

Dmitrenko believes that members of Japan’s LGBT community are becoming “more comfortable” as society here evolves to become more accepting, saying that the issue is “no longer a taboo”.

More local authorities have moved in recent months to accept same-sex marriages and households, while Mie Prefecture in June announced that an addition to an existing local anti-discrimination law forbids the outing of a member of the LGBT community without their permission.

Announcing the measure, Mie Governor Eikei Suzuki said, “We need to do more to create a society that cares for each other.”

Hitoshi agreed with the sentiment, saying, “I feel the atmosphere in society surrounding LGBT rights has changed greatly in the last 10 years or so.”

For him, there were two landmark events signalling the change in his country: In 2017, Fuji TV had to issue an official apology after gay men were the subject of a comedy show routine, while earlier this year, a local politician in Tokyo triggered a storm of protest by stating his opposition to equal rights for LGBT people.