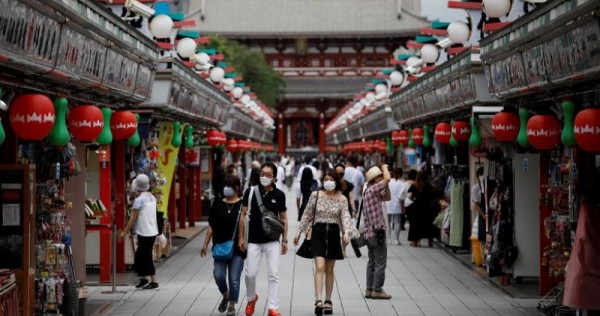 It has been a business year to forget for Kei Tamura, who owns a travel company in the city of Kyoto – but even he admits it has been a relief not to be confronted by hordes of foreign tourists in the ancient capital of Japan.

“It has been a very quiet year and the summer months were nothing like they were last year,” said Tamura, director of Cerca Travel Co. “The borders are closed so it is impossible to have foreign tourists visit, so the streets close to the famous sights and places like the Gion geisha district are just empty.”

Tamura estimates that as much as 70 per cent of the foreign visitors to Kyoto last year were Chinese, and while many businesses in the city have come to rely on outsiders to earn a living, he admits there is something of a sense of relief in the air this autumn.

“It’s a really good time to be in Kyoto,” he said. “This city had a serious problem with overtourism and, for local people, it’s much better right now. It’s easy to get around the town, you can make a reservation for a restaurant, the shops are not too busy. It feels relaxed.”

ALSO READ: Japan looking to reopen its borders to foreign tourists in 2021, here’s what to expect if you go

Masaru Takayama also owns a Kyoto-based tourism firm, Spirit of Japan Travel. He said business was “the worst it has been for decades” – although he agreed the lack of foreign tourists this year had been “positive for the community”.

“The people of Kyoto really appreciate not having the congestion that we have seen so often in the past in the city,” he said. “It’s easier to book a place to eat and the streets are not constantly blocked by hundreds of people.

“I went to a temple over the weekend and it was quiet and peaceful, but I know that if things were normal then it would have been very different. I think it’s good that we have rediscovered some of the tranquillity of the temples and shrines. That is how it should be.

“In the future, I hope tourists do return, but I want the city to prioritise quality tourism experiences and people who stay longer to experience the cultural side of the city over mass tourism.”

Local tourism authorities appear to have a different approach, however, and rail company JR West recently collaborated with Chinese e-commerce giant Alibaba – which owns the South China Morning Post – on a virtual tourism event aimed at attracting Chinese travellers back to the city.

The event, shown on live streaming channel Taobao Live, focused on the Arashiyama district to the west of the city centre, famous for its Togetsukyo Bridge and tiny temples tucked away in narrow valleys.

At one point, more than 100,000 people were tuned in to the two-hour live-stream on Taobao Live, underlining the popularity of the destination and the desire among Chinese to resume travelling just as soon as conditions permit.

Of the foreign visitors, Chinese accounted for the largest proportion, more than 1.15 million people, followed by 477,000 tourists from the United States and 423,000 from Taiwan.

Financially, it was also a good year for the city, with spending by domestic and foreign travellers together totalling 1.24 trillion yen (S$16 billion), with foreign tourists spending at 1.85 times the rate of domestic visitors to the city.

“For those who have to go abroad for humanitarian purposes or other reasons, it is important for them to take good self-protective measures and have full knowledge of Covid-19 prevention and control policies at their countries of destination,” he cautioned.

But plenty of people appear to be more than happy if vast number of tourists never return to Kyoto. Many took to social media after the live-streamed travel show to express their dismay at the campaign to bring people back.

“I get depressed when I think about all those crowds coming back again,” said one poster on Twitter. “This plan has not considered the residents at all.”

Another added, “Kyoto, you really have not learned your lesson, have you?” while a third post read, “Just stop it! Tourists ruin the city and are annoying.”