Is Japan’s reopening to tourists triggering a series of ‘kamikaze car’ attacks between ‘yakuza’ gangs? 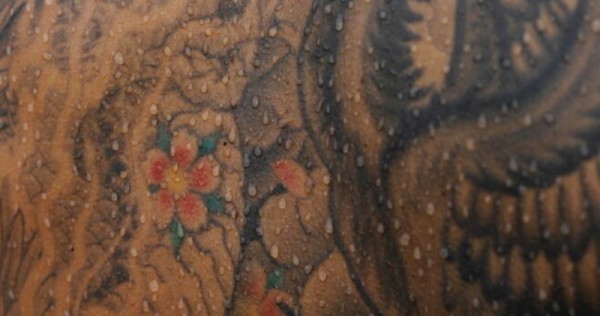 Two of Japan’s most notorious underworld groups are locked in an escalating cycle of violence that one analyst suggests is an attempt by the Yamaguchi-gumi gang to bring a splinter group back into the fold.

Police in Osaka and Kobe appeared to have quelled fighting between local gangs after a series of arrests of high-profile leaders and legal manoeuvres to curb their ability to make money.

The relative peace of the last three years has been shattered, however, in recent weeks, with police reporting a series of “kamikaze car” attacks on gang leaders’ homes.

On May 8, a member of a gang linked to the Yamaguchi-gumi deliberately drove a car into the gateway of Tadashi Ide, the second-in-command of the rival Kobe Yamaguchi-gumi and head of the affiliated Takumi-gumi.

No one was injured, and the driver was initially charged with criminal damage, but now faces additional charges of breaking and entering a private property and assault.

Two days later, a high-ranking member of Kizuna-kai, a small underworld group made up of former members of the Kobe Yamaguchi-gumi, was found in a car that had been left at a hospital in Mie Prefecture with a bullet wound to his arm. A man connected to the Yamaguchi-gumi was subsequently arrested.

On June 5, at least 10 bullets were fired at the metal-and-stone gateway of the home of Kunio Inoue, the head of the Kobe Yamaguchi-gumi, with a member of the Yamaguchi-gumi handing himself in to police the same day and turning over a firearm.

The following day, a car rammed offices operated by another gang linked to the Kobe Yamaguchi-gumi in the southern city of Saga. Another member of a group tied to the Yamaguchi-gumi surrendered to police the same day.

Before the day was out, another vehicle rammed the Kobe home of Yoshinori Oda, the head of Kizuna-kai.

Jake Adelstein, author of Tokyo Vice: An American Reporter on the Police Beat in Japan and an authority on the nation’s underworld groups, says the attacks are an attempt to force members of the Kobe Yamaguchi-gumi to return to the fold, seven years after it was set up as a rival organisation.

“We have seen relative restraint over the last couple of years, but the understanding is that the leadership of the Yamaguchi-gumi want to bring the Kobe Yamaguchi-gumi back into the group and they are ramping up the pressure to achieve that,” he said.

With around 8,500 members, the Yamaguchi-gumi is the largest and most powerful yakuza gang in Japan, with interests in underground gambling, protection rackets, narcotics, weapons trafficking, the sex industry, kickbacks from the construction industry and real estate. The Kobe Yamaguchi-gumi, in contrast, has only around 1,000 members.

Adelstein says there are two reasons why the Yamaguchi-gumi has launched its assault on its rival now.

One is the pandemic has been as damaging to the business interests of the underworld as it has been to legitimate companies and Yamaguchi-gumi wants to eliminate a rival by absorbing its members.

Second is the imminent return to normal in Japan, as borders are opened up to foreign tourists and thousands flock to the country.

“Japan has been pretty much entirely closed off since the start of the pandemic in early 2020 and the police have switched their attention elsewhere in that time,” Adelstein said. “They have allowed the gangs to go about their business as long as things did not get out of hand.

“But the last thing the Japanese authorities want is a gang war as the tourists start to return to places like Osaka and Kobe and – worst of all – a foreign tourist being injured or even killed in some sort of incident involving rival gangs.

“The Yamaguchi-gumi know this and they are trying to get in ahead of the tourists returning,” he said. “They are really ramping up the pressure, they have sheer weight of numbers on their side and I believe that the Kobe Yamaguchi-gumi will be folded back into the Yamaguchi-gumi quite soon.

“They have lost the war, they just don’t know it yet,” he added.