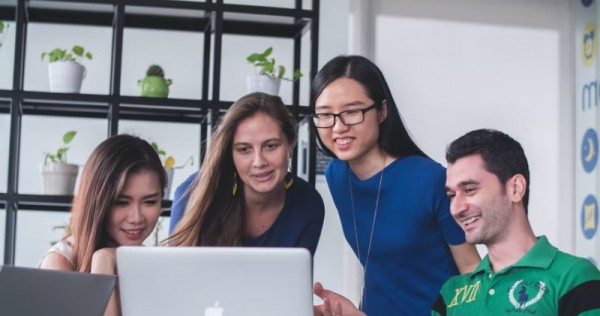 In the first quarter of 2022, Indonesia’s unemployment rate dropped to 5.83 per cent from 6.26 per cent in the same quarter a year earlier, amid an improvement in the country’s economy after the effects of the pandemic.

The country’s youth accounted for almost half of the 8.4 million people unemployed, the total number out of work in the country at the end of March after a fall of 0.35 million in the first three months of the year.

Unemployment in Indonesia – which has more than 270 million people – is particularly high among the 15-24 age group, according to Devanto Shasta Pratomo, a professor in labour economics at Brawijaya University.

He spoke to the South China Morning Post after taking part in an ISEAS-Yusof Ishak Institute ( formerly the Institute of Southeast Asian Studies) June 2 webinar: A Double Whammy: Structural Challenges and Scarring Effects of the Pandemic on Indonesia’s Labour Market.

Of the 8.4 million unemployed Indonesians in the first quarter of the year, 3.6 million, or around 42 per cent of them, were aged between 15 and 24.

That figure was “significantly” less than the same quarter in 2019 and 2020, though, with 48 per cent in 2019 and 55 per cent in 2020 of the total unemployed being youth, said Devanto, adding that these youngsters could be “an asset in supporting Indonesia”. (Figures for 2021 have not yet been collated).

Adhi Saputro, a senior economist at Prospera Indonesia, a partnership between Australia and Indonesia to support the latter’s economy, said Indonesia was “on track to recovery” and faring “better relative to other countries”, particularly with inflation under control and windfall profits from commodity price surges.

Indonesia is the world’s largest producer of crude palm oil, which has hit record high prices since Russia’s invasion of Ukraine began in February.

Last month, global investment bank Morgan Stanley said in a research report that among Asean countries, Indonesia, the Philippines and Malaysia were better positioned to stave off high inflation and slowing growth – or stagflation – thanks to windfall profits from high commodity prices and huge domestic demand.

Trade and manufacturing are the two biggest sectors employing youth, said Adhi Saputro. Agriculture is third, with only 18 per cent of Indonesia’s youth working in it. However, among the total workforce, the share rises to almost 30 per cent, making it the biggest employment sector in Indonesia.

The pandemic has meant the nation’s development plans will need to be redesigned as new trends emerge and accelerate around the world, such as digitalisation and the increased importance of natural assets like forests, wetlands and coral reefs.

“Indonesia has plenty of potential and is well placed to reap those emerging opportunities if managed well,” said Adhi.

There were four million new entrants to the job market in the first three months of this year, compared to 2-3 million per year between 2010 and 2019.

Even among youth who have spent months looking for work, Indonesia’s improving economy appears tangible.

Fresh graduate Ham, 24, who has a degree in communication studies, has been looking for work since September but has yet to land full-time employment as a content writer.

However, Ham, who graduated in early 2022, is still hopeful he will find a full-time job.

“Half of my friends have found full-time work, half of them are still looking. This makes me optimistic,” he said.

Fakhri, 22, a final year history student at Jakarta State University has been looking for work as a journalist for six months but has not received any firm offers. He currently freelances for local news portal Tirto.id.

He is “optimistic” he can find a job as he has published a lot of articles and the government has been “doing a good job handling the economy”, adding that there are many difficulties “due to complications brought on by the Covid-19 pandemic”.

Some possible explanations, he said, included the difficulty of searching for preferred jobs in “a relatively segmented labour market”, the rapid growth in education and a lack of information about job opportunities.

Adhi of Prospera said “those with a vocational education background are more often left unemployed compared to others, which may suggest a mismatch between industry needs and education”.

Devanto said the high number of unemployed educated youth indicated that they tend to take a “wait and see” attitude on economic conditions. “Some studies have called it ‘luxury unemployment’,” he said.

However, among the ‘lower income segment’ of youth – those with no more than a secondary school education – lower unemployment rates “should be interpreted cautiously”.

That was because they had “less choice to remain unemployed and must enter the labour market, particularly in the informal sector, to bring income to their households,” said Devanto.

Fakhri, at Jakarta State University, is one of these. He said he needed to find work “as soon as possible” to help his widowed mother. He was able to attend university as his good grades earned him a government scholarship.

Professor Devanto also said unemployment rates have been higher in towns and cities than in rural areas.

The professor said unemployment falling this year was down to “the growing economy post-pandemic and relaxation of mobility” after “wait and see periods during the pandemic”.

He said if the Indonesian economy can grow higher than 5 per cent a year, then formal sector employment levels can return to pre-pandemic levels more quickly.

The World Bank has forecast Indonesia’s GDP to grow by 5.1 per cent this year.

Despite sporadic protests against the rising cost of everyday goods, analysts are optimistic the world’s fourth most populous nation will avoid a Sri Lanka-style anti-government social unrest.

Arya Fernandes, the head of the Department of Politics and Social Change at Indonesia’s Centre for Strategic and International Studies (CSIS), said that in general, the public has lately increasingly supported the government.

“The government is viewed as being successful in handling Covid-19,” said Arya, adding that one factor for that perception is “the giving of subsidies to the lower-middle income group. This has made public support relatively stable”.

He said while the prices of essential goods were still high, especially cooking oil, the government had the situation under control, giving subsidies for the last three months to the nation’s poorest people. This has “secured political stability”.

“Added to that, the opposition is weak. Support from political parties in parliament to (President) Jokowi has reached 80 per cent,” said Arya.

Is Japan’s reopening to tourists triggering a series of ‘kamikaze car’ attacks between ‘yakuza’ gangs?