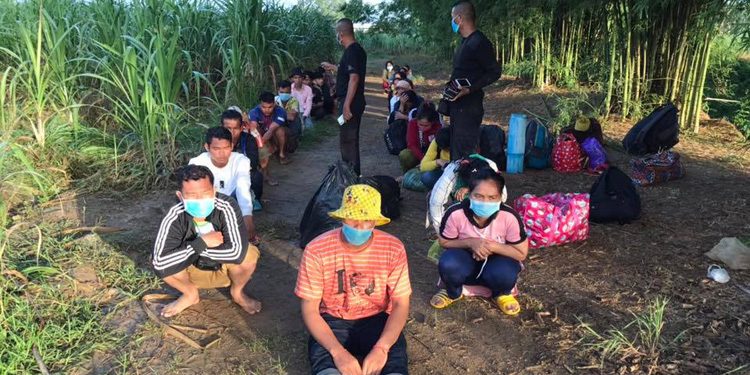 Cambodia could lose more than 15 percent of its international remittances in 2020 under the worst-case scenario because of the COVID-19 pandemic, according to a report by the Asian Development Bank (ADB).

Based on the country’s total remittances of $2.8 billion in 2019,  more than $420 million will not be sent home this year – mostly from Thailand – because hundreds of thousands of workers have returned home.

In its report on “COVID-19 Impact on International Migration, Remittance, and Recipient households in Developing Asia”, the ADB said that the economic recession caused by COVID-19 threatens the job security and wellbeing of more than 91 million international migrants from Asia and the Pacific.

Total remittances to Asia are expected to drop between $31.4 billion (baseline scenario) and $54.3 billion (worst-case scenario) in 2020, equivalent to 11.5 percent and 19.8 percent of money sent home, respectively, according to the report.

For Southeast Asia, the Philippines is the most affected, with remittances falling more than 20 percent and others such as Cambodia in excess of 15 percent, according to the report.

Cambodian migrant workers from South Korea and Japan sent back home via ACLEDA Bank Plc in the first haft of this year $12.91 million, a  decline of $1.41million from the same period last year, according to figures from the financial institution.

Last year, 1.2 million Cambodian workers, employed in Thailand, South Korea, Japan, Singapore, Hong Kong, Malaysia and Saudi Arabia sent home some $2.8 billion in remittances, an increase from $1.4 billion in 2018, according to figures from the Ministry of Labour and Vocational Training.

Cambodia’s share of households receiving international remittances account for 9 percent, according to the report. The ADB said among migrant-sending households, remittances help acquire essential items such as food, clothing, shelter, health and education.

The extent of shocks to migrants’ jobs depends on the sectors in which migrants are employed as well as the overall economic conditions of host countries.

Agricultural supply chains are also affected, leading to the layoffs of migrants, who then return home as a precautionary measure.

Referring to the International Organization for Migration (IOM) 2020 report, the ADB said in Thailand, which hosted more than 3 million migrants, mostly from its neighbours, thousands of jobless migrant workers from Cambodia, the Lao People’s Democratic Republic and Myanmar employed in agriculture, fisheries and other sectors have returned home via land checkpoints.

Prime Minister Hun Sen said in July that about 100,000 migrant workers returned from Thailand and has called them to join the labour force in the Kingdom’s agriculture sector.

During the global financial crisis in 2007-2008, remittances to the Asia-Pacific region declined 2.7 percent to $173 billion in 2009, according to the report.

The ADB’s economists have recommended that the governments of source and host countries of migrant workers are being encouraged to extend temporary social protection programmes to assist stranded and returned migrants.

“[the governments] need to extend social protection to the poor, including the remittance recipient households who fall back into poverty, design comprehensive immigration, health and labour policies that enable migrants to return to jobs and ensure the continuity of remittance services and enabling business environments,” the ADB said.

Free-trade pact between Japan and Asean was revised