Free-trade pact between Japan and Asean was revised 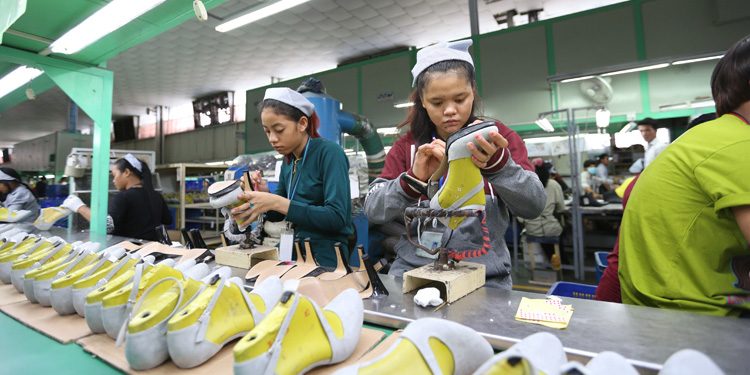 A revised free-trade pact between Japan and the Association of Southeast Asian Nations (Asean) facilitating the cross-border flow of services and investment came into force on Saturday.

The five remaining members – Cambodia, Indonesia, Malaysia, Brunei and the Philippines – are set to join once they conclude domestic procedures.

Under the revised pact, the countries are required to maintain transparency in regulating services and not discriminate against foreign investors.

It also establishes a dispute settlement mechanism for companies to sue a government for unfair treatment, as well as rules for foreign travellers to enter and stay in the other countries.

Since signing the deal with Asean in 2008, Japan has pushed forward with other multilateral free-trade pacts such as the revised 11-member Trans-Pacific Partnership and an economic partnership agreement with the European Union.

Cambodia and Japan’s bilateral trade rose by 13 percent last year to $2,292 million, according to a recent report from the Japan External Trade Organisation (JETRO).

The increase highlights the fact that Japan is among the top five importing countries from the Kingdom.

Between January to December 2019, Cambodia exported goods to Japan worth $1,730 million, a year-on-year increase of 7.7 percent, the report stated.

Meanwhile, Cambodia imports from Japan rose by 33.4 percent, increasing to $562 million. With a report from National Bank of Cambodia showing that the country’s total exports in 2019 totalled $14.53 billion in 2019, a 12.7 percent year-on-year increase, this represents a significant portion of export volumes.

Total imports into Cambodia were valued at $22.19 billion last year, marking an 18.6 percent on the previous year.

Japan represents the second biggest market for exports by country for Cambodia, with the US in first position. At the same time, Japan had the fourth highest import volumes into the Kingdom in 2019.

Commenting at the time, Lim Heng, vice-president of the Cambodia Chamber of Commerce, said that the bilateral figures highlight the positive demand for Cambodia’s products abroad.

“Further Japanese investments into the country has piqued the interest of other nations who are now looking into the possibility of Cambodia producing goods to service their own heavy industry sector,” Heng said.

Asean as a whole was Japan’s third-largest trade partner after China and the United States in 2019, with exports to the bloc totalling 11.58 trillion yen ($110 billion) and imports worth 11.76 trillion yen ($110.84 billion), according to Finance Ministry data.

It is a major market for Japanese firms as well as a key link in supply chains, with many companies setting up factories in the region to take advantage of cheaper labour.

The original economic partnership agreement with Asean took effect in 2008, becoming Japan’s first multilateral free-trade pact. It was focused on eliminating tariffs on goods but provided for further negotiations on services and investment.

Japan is also involved in negotiations for the Regional Comprehensive Economic Partnership, a free-trade pact that would encompass Asean along with other countries including China, South Korea, Australia and New Zealand.

Negotiations on the deal, known as RCEP, are due to wrap up within the year, although the withdrawal of India has caused some uncertainty.

Japan has been one of Cambodia’s most significant donors in helping the country rebuild following decades of civil war. Since 1992, Japan has contributed more than $2 billion to the Cambodian government, working closely with it to rebuild the country’s infrastructure, education and health systems.

Cambodia and China are planning to sign a free-trade deal later this year.