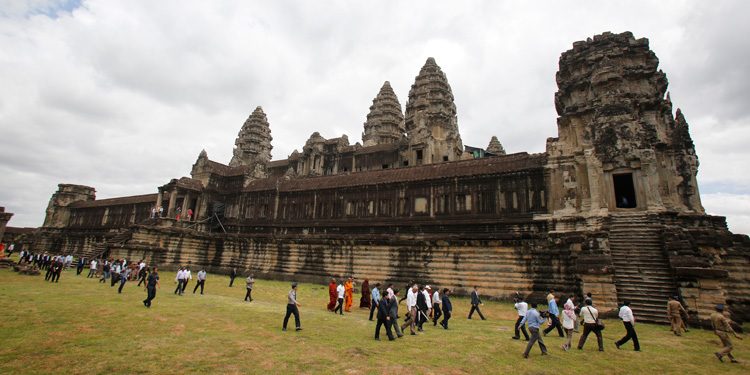 Chhun Makara, director of the travel agency, transport and tourism guide department at the Ministry of Tourism said the packages will create value and new experiences for domestic tourists while also ensuring health and safety for COVID-19, especially during the upcoming holiday in late August.

Packages will include five-star service and travellers will be staying in five-star hotels at the “best ever prices” particularly in the great cultural and historical tourist destinations such as Siem Reap province, according to the director.

Makara added the tours will be around two to three days and aimed at Cambodia’s low-income and middle-income earners.

The Ministry of Tourism has also called on businesses to set fair pricing and safety measures, saying, “We call on people to support Khmer-speaking tour guides in Siem Reap as tour guides, not just for foreign tourists.”

Ho Vandy, managing director of World Express Tour and Travel, appreciated what the Ministry of Tourism was doing to release these packages and boost domestic tourism because both the government and the private sector have discussed hygiene and safety for tourists.

“We need to save the tourism sector in Siem Reap province. With these package tours, the direct advantages are transportation companies, food venues and accommodation,”Vandy said.

“The packages will focus on the four- and five-star hotels because they currently have big discounts for a five-day stay. The tour package can range from $80 to $165 for two days and three days for Siem Reap. This rate is because the hotels give a special discount and we want to push the three-sector work,” he said.

According to Vandy, besides Siem Reap domestic tourists are also looking at the Kingdom’s northern provinces and coastal areas as popular attractions for locals.

“However, since Siem Reap has no customers, we called on the people to turn their way back to Siem Reap to give the breath to the service providers in Siem Reap to survive,” he said.

From January to May, total international tourist arrivals were 1.17 million, which has decreased by 59.5 percent compared with the same period last year because of a major decline in the arrival of Chinese tourists.

The number of Chinese tourists, which accounted for 23 percent of total foreign tourists, decreased by 75.6 percent.

Meanwhile, the number of tourist arrivals of the top 10 countries to Cambodia significantly dropped except Thai tourists (who increased by 4.5 percent).