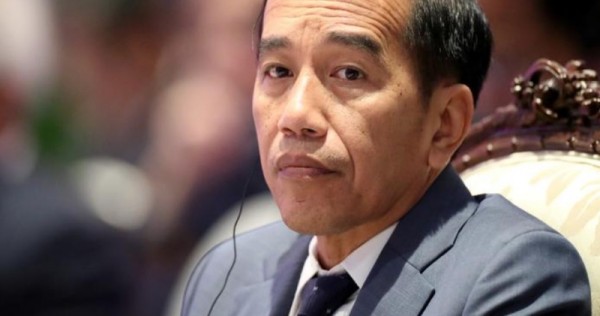 JAKARTA – Indonesian President Joko Widodo used his first address to the United Nations General Assembly to warn on Wednesday that global stability and peace could be “destroyed” if growing geopolitical rivalries persist.

His comments came as tensions between the United States and China escalate, including in the South China Sea.

China claims sovereignty over most of the South China Sea, a position rejected by Washington and some South-east Asian states, including Indonesia, citing provisions in the UN Convention of the Law of the Sea.

Earlier this month, Indonesia’s government protested when a Chinese coast guard vessel entered the portion of the South China Sea it claims. It was the latest of several Chinese incursions in the past year.

“The principles of the UN Charter and international law are often neglected, including the respect for sovereignty and territorial integrity,” Mr Joko told the UN.

The dangers of US-China tensions was picked up by Philippine President Rodrigo Duterte.

The Philippines has competing claims with China in the South China Sea.

“Given the size and military might of the contenders, we can only imagine and be aghast at the terrible toll on human life and property that shall be inflicted if the ‘word war’ deteriorates into a real war of nuclear weapons and missiles,” he told the UN general assembly.

Mr Joko said the coronavirus pandemic was a time for global unity.

“What we see, instead, is one of deep division and growing rivalries,” he said.

“If division and rivalries continue to persist, then I am concerned that the pillars of stability and sustainable peace will crumble or even (be) destroyed.”

He said that Indonesia would be a “bridge builder” and advocate for global equality.