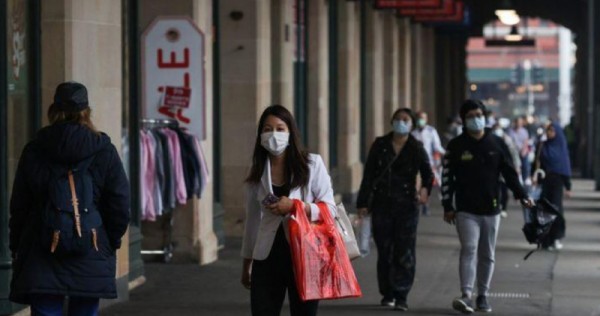 MELBOURNE/SYDNEY – Australia’s coronavirus hot spot of Victoria is considering easing more curbs from (Sept 26) than previously flagged, the state’s premier said on Wednesday (Sept 23), as the two-week average of new infections in the city of Melbourne fell below 30.

Melbourne, Australia’s second most populous city, has been the epicentre of the country’s second wave of Covid-19. The city has been under a hard lockdown, including a nightly curfew, since (Aug 2).

The state reported 15 new cases and five deaths on Wednesday.

The 14-day average in Melbourne dropped below the 30-50 band which the state set as a precondition for allowing around 100,000 people to return to work in construction, manufacturing, warehouses and child care from (Sept 28).

“We are winning this battle and we will prevail. It’s just a matter of us staying the course – not letting our frustration get the better of us,” state premier Daniel Andrews told reporters.

Andrews said if the average holds below 30 ahead of this Sunday’s review of restrictions, it was possible further curbs could be eased, but he declined to say what those might be.

“We don’t want to do something that might seem quite small but could present a significant challenge to us in a couple of weeks’ time,” he said.

The state is only due to lift a nightly curfew in Melbourne and restrictions on people leaving home for more than two hours a day and beyond a 5km range after (Oct 25), by when the state wants the two-week average of new cases to drop to five.

Victoria accounts for 75 per cent of the country’s nearly 27,000 cases and 90 per cent of its 859 deaths since the pandemic began.