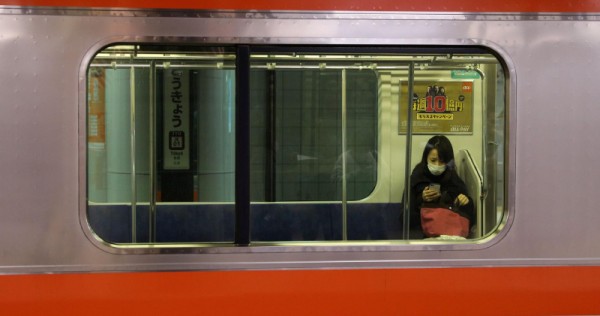 A new video is empowering people in Japan’s famously reticent society to speak up when they witness incidents of sexual harassment, with reactions to the two-minute clip indicating that it is having the desired effect of making people act instead of choosing to look the other way.

The video is part of the #ActiveBystander campaign and was created by Shiori Onuki, a midwife and sex educator who has her own YouTube channel and makes videos under the name Shirolinu, and a woman author who has adopted the pen name Artesia.

First released on October 11, to coincide with the United Nations International Day of the Girl Child, the video was viewed on Twitter alone more than 2 million times in five days. It has also attracted tens of thousands of views on YouTube.

“I wanted men to understand that women are being harmed on a daily basis, which is why I made the main bystander a male character,” Artesia added.

The clips have provoked an outpouring of reactions, including some from women who have experienced these sorts of situations.

“I have had this kind of experience several times, but no one has ever come to help me,” wrote one poster on Twitter. “I want more people to see this video.”

In another message, a woman wrote, “I cried when I watched this video. Things like this have happened to me several times. Even when I was not wearing a short skirt or revealing clothing. When will society change so women do not need to defend ourselves?”

A male poster added: “I once came across a similar situation, but I could not react and, in the end, I did nothing. After watching this video, I have a better idea of how I can intervene to help. Thank you for making this video.”

Noriko Hama, a professor of economics at Kyoto’s Doshisha University and an advocate of women’s rights, welcomed the initiative, but said she had some concerns.

“I feel there is too much diffidence on the part of the vast majority of Japanese people when they are put in situations such as these,” she told This Week in Asia.

“If it is not something that directly concerns them, they are reluctant to butt in where they are not wanted or they fear that they are misunderstanding a situation.

“It’s the same reluctance we see among most Japanese people to speak out or ask a question,” she said. “Often, these people are looking for social cues in any given situation and when they are absent, they do nothing out of fear of making a mistake and losing face,” she said.

“I think this is a great initiative and certainly long overdue, but I also feel that too many young people in Japan are still in the diffident category and will not, when the situation crops up, rise to the occasion.”