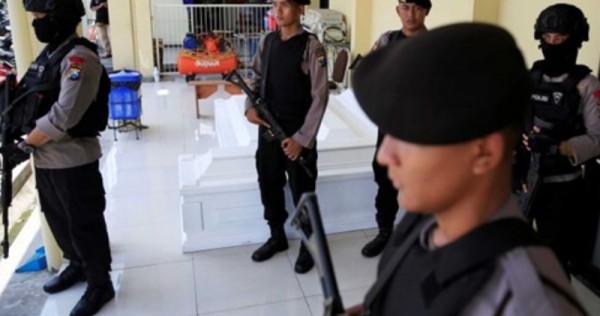 The 54-year-old from Klaten, Central Java, turned out to be the leader of Jemaah Islamiah (JI), the Southeast Asia branch of al-Qaeda.

JI was behind all the deadly terror attacks in Indonesia from 1998 to 2010 before it was weakened by Indonesian counterterrorism police, who arrested hundreds of its members during the period, including several leaders.

“Ustad Arif was arrested about two months ago,” a senior security source told This Week in Asia on condition of anonymity this past week before adding a tantalising detail: “He has links to Malaysia, but those links have not been profiled. They are sleeper cells.”

Following the JI-masterminded 2002 Bali bombings, which killed 202 people, including 11 Hong Kong residents, JI had split into two factions, said Robi Sugara, a lecturer and counterterrorism analyst at Syarif Hidayatullah Islamic University in Jakarta. One faction believed in violent jihad and supported al-Qaeda and later, Islamic State, while another believed in what Sugara called “jihad proselytisation”.

JI suffered a near extinction in 2007 when an armed clash with police in Poso, Central Sulawesi, led to the arrest of more than 40 of its members, including top leaders, according to a 2017 report by the Institute for Policy Analysis of Conflict (IPAC). From 2007, it has also been known as “neo-JI”, IPAC said.

Sugara said it was mostly members of the jihad proselytisation faction of JI that were arrested recently as “they supplied funds to terrorists”.

Indonesian police have arrested more than 30 JI members this year, including Arif and JI’s expert bomb-maker Upik Lawanga, who was detained two weeks ago. Lawanga had been on the country’s most-wanted list for 14 years

According to Taufiqurrohman, JI members have decided “not to avenge the arrest of their fellow members for now” because they believe retaliation against the police would only damage their organisation even more as it would “anger the police and cause further crackdowns”.

For the last 10 years, JI has flown under the radar as it has transformed itself from a militant group that lived off robberies and donations for its terror activities to a business enterprise with interests in palm oil plantations and the mining industry.

The security source said Detachment 88 – the counterterrorism force – has continued to monitor and carry out operations against JI for the past several years, despite its lower profile.

Arif’s predecessor, Para Wijayanto, was arrested in July last year and sentenced by a court to seven years’ imprisonment this year on terrorism charges as well as for sending JI members to Syria to fight alongside opposition rebels there.

Following Wijayanto’s arrest, police discovered he had restructured and rebuilt JI into a well-run organisation with business interests in palm oil plantations, the mining industry and other commercial sectors.

Taufiqurrohman said that JI’s palm oil plantations are estimated to be worth “billions of rupiah” – perhaps as much as a few million US dollars. JI is also involved in courier services, religious boarding schools on Java island, herbal medicines and fitness centres, although the fitness centres have now been closed.

JI members are also required to donate 5 to 10 per cent of their earnings every month to the organisation, he said.

Neo-JI has established units of its military wing, known as Asykari, throughout Java island and also in Lampung province in Sumatra. Despite the loss of JI’s leadership, these units still exist, Taufiqurrohman said.

Mindanao is home to several militant groups, including the notorious Abu Sayyaf group, which is known for beheading its kidnapped hostages.

“The marriage of terror groups with intolerant groups as well as political groups could result in a Syria,” said the security source.

Taufiqurrohman views JI as a threat in the medium to long term, as it still wants to wage jihad against parties it considers “enemies of Islam”.

Both the security source and Taufiqurrohman said JI is far more dangerous than the Isis-linked JAD because it has far greater financial resources, is better organised, and has better-educated and better-trained members than JAD.

Ahmad El-Muhammady, a counterterrorism analyst and lecturer at International Islamic University Malaysia (IIUM), said, however, that there was no indication of JI’s reactivation in Malaysia. JI in Malaysia and Singapore had previously used the countries as bases for fundraising for the group.

“Monitoring continues as usual by the police to detect any kind of activities” in the country, he said, adding that he was not aware of any funding activities by JI in Malaysia.

Professor Kumar Ramakrishna, associate dean and head of the International Centre for Political Violence and Terrorism Research at Nanyang Technological University (NTU) in Singapore, said there have not been any signs that JI has re-emerged in either Malaysia or Singapore.

“The bigger threat has been Isis in terms of online radicalisation in recent years,” Kumar said.

Regionally, the continuing slow pace of economic reconstruction of Marawi in the southern Philippines – exacerbated by the Covid-19 pandemic – would “only fuel the extremist Islamist ideology” that sustain the militant group Abu Sayyaf and similar pro-Isis groups there, he said. The reconstruction of Marawi, after it was destroyed when it was taken over by pro-Isis groups for five months in 2017, has been moving slowly.

In the Philippines, the biggest threat would come from suicide bombings, which is a fairly recent phenomenon, said Rommel Banlaoi, chairman of the Philippine Institute for Peace, Violence and Terrorism Research.

“The biggest terror threat continues to emanate from pro-Isis groups, particularly the Abu Sayyaf Group, because of their intention to mount more suicide terrorist attacks in the island provinces of Sulu, Basilan, and Tawi-Tawi,” Banloai said.