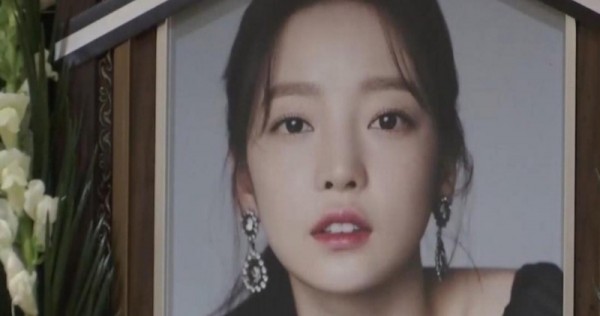 When Jin-ah quit her job as a hotel cook she had hoped for relief from the bullying and sexual discrimination that was making her life a misery. But having nothing to do only made her inner demons louder, so she tried to hang herself with the cord of her hair dryer.

Jin-ah, 31, did not succeed. Deep within, a survival instinct stirred and she stopped herself before it was too late.

Since that day a few months ago the Jeju Island resident has been trying to understand her motivations for wanting to end her life and the depression that has plagued her for years.

She sees a psychiatrist and has joined a college psychology course. On social media, she reaches out to other women who may be struggling with their self-image.

“Women are often judged on their looks on top of their skills, find it harder to be promoted over men and eventually encounter a glass ceiling that brings discouragement and a sense of emptiness,” Jin-ah says.

Left unaddressed, these feelings spiral. “I developed an eating disorder and it became hard for me to control my feelings,” Jin-ah recalls. “Then my 10-year career came to an end and I began to avoid going outside at all if I could.”

Jin-ah is among a growing number of young South Korean women to have contemplated, or succeeded in, taking their own lives.

While South Korea has long struggled with high rates of suicide – its figures are twice the OECD average and suicide is the leading cause of death for Koreans in their teens, 20s and 30s – over the past year the problem has spiked among young women while decreasing among men.

In the first half of this year, 1,924 women took their own lives according to the National Police Agency, an increase of more than 7 per cent from the same period last year.

An even greater increase of more than 40 per cent has occurred among women in their 20s – 296 of whom killed themselves during the same period. Meanwhile, male suicide rates declined in every month from June to September this year.

Highlighting the problem have been four deaths in Seoul that caught the media’s attention in November: a 27-year-old woman laid off as a flight attendant due to the Covid-19 pandemic and three other women also in their 20s who were found unconscious on a hill in an apparent suicide pact struck in an internet chat room.

So acute has the problem become that the government now classifies women in their 20s and 30s as an official risk group for suicide and last year created a Suicide Prevention Policy Committee headed by Prime Minister Chung Se-kyun and containing experts from the gender, health and education ministries.

Symptom of the coronavirus?

While many experts blame the coronavirus pandemic and related job loses for putting extra pressures on young people, others warn the problems facing Korean youth – and young women in particular – are more complex.

As Chung pointed out to policymakers in a meeting of the suicide prevention committee at the end of November, “It is hard to tell what effect Covid-19 will eventually have on a country that already has one of the highest suicide rates in the world”. He noted the suicide rate had been creeping up over decades, with similar spikes after the 1997-98 Asian foreign exchange crisis and a domestic financial crisis in 2003.

But even if the coronavirus isn’t the only problem, few would disagree that it has made a bad situation worse.

A survey this week found that one in four young adults had thought about suicide at least once since the start of the pandemic – 10 times as many as two years earlier.

“Depression and suicidal thoughts among young people are at a dangerous level,” says Nam Jae-wook, a researcher at the Korea Research Institute for Vocational Education and Training who helped conduct the survey.

“Mental health problems among young people are an issue that requires urgent public attention amid the pandemic.”

As Paik Jong-woo, head of the Korea Suicide Prevention Centre, puts it: “Covid-19 claims more lives among the old but causes more mental distress to the young”.

He says young people are more vulnerable to job cuts in industries centred on services and part-time employment and their social lives more disrupted by distancing measures and lockdowns.

Women may have been disproportionately affected because they are more likely to be in part-time jobs in hotel, retail and food services, which have been hit hardest. Many women have also faced additional burdens in home-schooling children, while stay-at-home orders have left some effectively imprisoned with abusive husbands.

But experts say the problem goes deeper than the virus. Even before the outbreak, 13,799 Koreans killed themselves in 2019 – an average of 26.9 people out of every 100,000, twice the average of OECD countries.

Experts say the pandemic also does not fully explain why women in their 20s, who accounted for nearly one in three of all suicide attempts in the country between January and August of this year, should be so much more vulnerable than other groups.

Employment issues facing this group predate the pandemic, they say, though the problem has been obscured because research has traditionally concentrated on age rather than gender.

Kim Young-taek, a researcher at the Korean Women’s Development Institute who is among the relative few experts to have studied suicide in young women, says economics is the single biggest factor causing female suicides.

He points to one of his studies that found Korean women were far more likely than men to suffer health problems following the Global Financial Crisis of 2008.

“Women, compared to men, tend to lack money and social resources, which are both essential factors for good health,” says Kim.

This leaves them more vulnerable not only to the problems caused by the coronavirus, but to all economic downturns.

Kim’s conclusion chimes with the finding of the government’s suicide prevention committee, which concluded the loss of jobs and economic activity during the pandemic was a major factor in the recent spike.

In October, the country had 27.09 million people employed, 421,000 fewer than at the same time last year. According to the Korean Women’s Development Institute and Statistics Korea, 283,000 fewer women were employed in September than in the same month last year. This compared to 109,000 fewer men.

“It’s not just because our country has the largest gender wage disparity among OECD countries, but it’s also the fact that the overwhelming majority of part-time and low quality work is given to women while, ultimately, women are given far fewer hours to work even if they want to do more,” says Kim Nan-jue, another researcher at the Korean Women’s Development Institute.

Jobs in accommodation and food services have fallen by 227,000 year on year, while the wholesale and retail sector lost 188,000 jobs just in October.

Kim Young-taek, also from the development institute, says the problem is not purely financial.

“There’s a huge sense of relative deprivation that comes with the inability to make an impactful contribution to society,” he says. “There needs to be much more attention to ways to include more women in important sectors of our society.”

Moon Ha-eun, a 24-year-old make-up artist in Seoul, is among the many young women who feel alienated from the country’s traditionally patriarchal workplace.

“As soon as I started to work, I began to wish I had been born a man,” says Moon. “My boss has told me to lose weight and to always look pretty while commenting that coming to work without make-up is inappropriate for a woman.”

Moon has had her own battles with depression, seeing a psychiatrist for both bulimia and insomnia.

“One of my friends who works in the same industry used to ride the subway every morning fighting the urge to jump down to the tracks to end her own life,” she says.

He points to the recent suicides of female celebrities such as the K-pop stars Sulli and Goo Hara at the end of last year, which released a wave of pent-up emotions from sympathetic young fans, some of whom killed themselves in apparent copycat actions.

According to a study by the institute in 2018, more than half of women who attempted suicide had received no help or counselling.

Back on Jeju Island, Jin-ah says she had long put off seeing a psychiatrist, fearing social stigma.

“I hid the fact that I was seeing a psychiatrist from my parents because they held onto the belief that only mentally retarded people visited psychiatrists,” she says. “A lot of people are suffering with depression by themselves but miss the timing for adequate treatment due to the low awareness of mental health in the public.”

Jin-ah now wants to use her experience to help change perceptions towards mental illness so that sufferers no longer put off seeking help. She hopes that in doing so, in her own small way she can help to save others, just as she once saved herself.