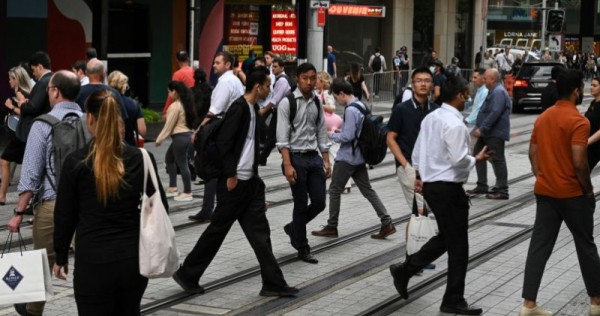 SYDNEY – A work from home order to combat coronavirus in Australia’s most populous state ended on Monday, a milestone for a country with very low Covid-19 numbers, but many companies plan to keep flexible work arrangements into 2021.

New South Wales (NSW) state, home to the country’s biggest city Sydney, said it was going ahead with a plan to lift the public health order that has been in place most of the year as it reported no new local coronavirus infections for a 10th straight day.

But the move appeared to be symbolic since the state’s employers, which include many of the country’s biggest companies, and workers had no plans for an immediate change from work from home arrangements, 10 days from the start of the Christmas holiday period.

“There’s still a big mountain to climb in terms of people coming back,” said Jane Fitzgerald, executive director of the Property Council of Australia’s NSW unit, by telephone.

The property council said Sydney central business district occupancy was currently 45 per cent, compared to more than 90 per cent before the pandemic.

The change puts NSW, home to a third of Australia’s 25 million population, ahead of other states and territories in resuming pre-Covid arrangements for the white collar workforce.

Just Victoria state, the second most populous state, now has restrictions on office workers, with a 25 per cent attendance limit, while most other states and territories have a general directive for employers to let workers log in from home if they prefer.

NSW said it was still encouraging employers to stagger start and finish times and advise staff to wear a mask on public transport.

Commonwealth Bank of Australia, one of the country’s biggest companies, which has headquarters in Sydney, said it would start returning to the workplace but “we’ll be working with our people on an approach that is successful for our customers, for teams and for individuals”.

Australia has reported just over 28,000 cases of Covid-19 and 908 deaths since the pandemic began but estimates there are 56 active cases remaining, mostly returned travellers from overseas in hotel quarantine.