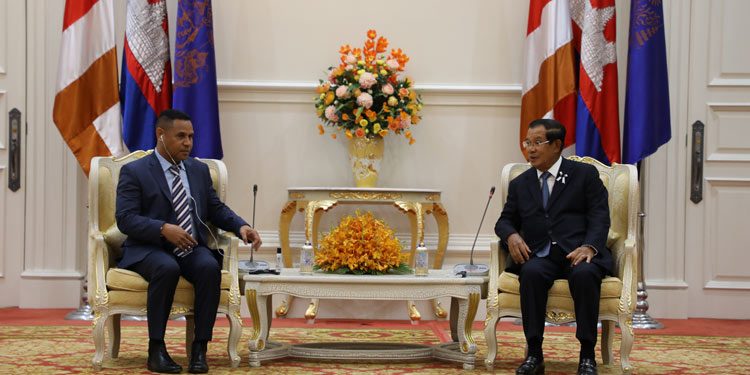 East Timor has pledged to push for Cambodian milled rice exports to the country in response market demand.

The newly-appointed East Timor Ambassador to Cambodia Ermenegildo Kupa Lopes committed to getting the plan on track during his talk with Prime Minister Hun Sen on Wednesday.

Initial conversations between the country’s two governments about trading the commodity – along with other agricultural products including palm sugar – began in 2016. The country previously agreed to import 200,000 tonnes of milled rice from Cambodia.

During his mission term being the Timor ambassador to the Kingdom, Kupa said he will review all memorandum of understandings (MoUs) that were previously signed with the Cambodian government to ensure they bear fruit.

“These are aiming to promote the cooperation between the nations to a greater extent,” he said.

The prime minister applauded the ambassador’s commitments and he wanted entrepreneurs from the country to invest in the installation of warehouses, rice-drying and storage facilities in Cambodia.

“In doing so, this will be convenient for collecting sufficient rice for the export market demand,” he said.

Lun Yeng, CRF’s secretarygeneral, told Khmer Times yesterday that there hasn’t been any update since bilateral talking took place between the two parties.

“We are waiting for East Timor to send an official letter to the Ministry of Foreign Affairs and International Cooperation. Based on the official letter, we will find out what variety of rice and the volumes they wish to import and put the wheels in motion,” Yeng said.

Seang Thay, spokesperson from the Ministry of Commerce, told Khmer Times yesterday the MoU with regard to rice trading between two countries has not yet been signed, but a deal is getting closer.

“Previously, the state-owned Green Trade Company, an arm of the Commerce Ministry and the CRF, conducted bilateral meeting with the ambassador in order to find out the possibility, mechanism and procedure for rice trading between the two countries,” he said.

Thay added that the two parties had agreed on some points, which he said, Timor Foreign Affair Ministry would submit to Cambodia’s Ministry of Foreign Affairs, with the MoU soon to be inked.

“If the MoU is nearing and the commodity price is agreed, then Cambodia will shortly be able to export its rice to the Timor market because we already have a stockpile of the crop,” he said.

In the first quarter of this year, Cambodia exported a total of 230,948 tonnes of rice valued roughly at $160 million to foreign markets, a 35 percent hike over the corresponding period last year, according a report from Ministry of Agriculture, Forestry and Fisheries.