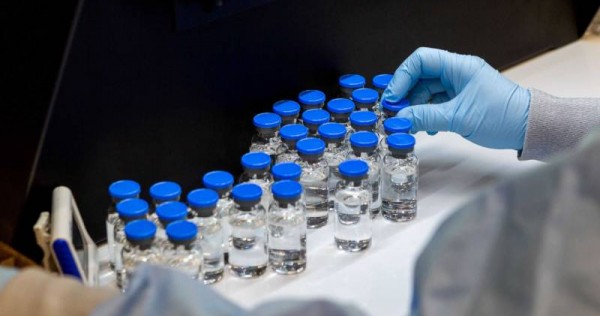 A major study of the experimental antiviral drug remdesivir found that Covid-19 patients could be discharged from hospital five days earlier with a similar treatment outcome, a Hong Kong expert said, as the city reached 14 days without local transmission on Thursday.

“The revelations show hospital stays can be reduced without a loss of efficacy, which would mean lower risks for patients to catch viruses in hospitals too.

“The limited supply of remdesivir available during this pandemic can be better conserved too,” said Hui, who also sits on a government panel of experts advising the city’s leader on the health crisis.

Published in the New England Journal of Medicine on Thursday, the research, conducted by a group of international experts, involved 397 patients from 55 hospitals in the United States, Italy, Spain, Germany, Hong Kong, Singapore, South Korea and Taiwan between March 6 and 26.

The patients were aged above 12 and had a severe Covid-19 infection but were not ill enough to require mechanical ventilation. They were separated into two groups – 200 took the drug for five days, and 197 who had “significantly worse” clinical conditions took it for 10 days.

By day 14, a clinical improvement of two points or more on a seven-point scale was recorded in 64 per cent of the patients in the first group, as opposed to 54 per cent in the second one.

After adjustment for imbalances in their initial disease severity, the researchers concluded there was “no significant difference in efficacy” between the different courses of therapy. Outcomes such as clinical conditions on day 14, time to clinical improvement, recovery and mortality rates, were all similar.

Hui said some 30 patients in Hong Kong had been given remdesivir and the trial results could inform future decisions on treatment and discharge in public hospitals.

The total number of infections remained at 1,066, with four related deaths.

Authorities said a 66-year-old woman previously confirmed to be a Covid-19 patient abroad returned to the city on Wednesday after spending time in Britain and Spain.

Her respiratory specimens tested positive for Covid-19 upon arrival and the patient remains in a stable condition in Princess Margaret Hospital in Kwai Chung.

On Friday, entertainment venues such as karaoke lounges, nightclubs, bathhouses and party venues will be allowed to reopen, under certain conditions.

No more than four people will be permitted at each table in nightclubs, which must operate at half their usual capacity, while karaoke lounges and party venues can only allow a maximum of eight people into a room.

The venues were ordered to close in late March and early April as part of the city’s social-distancing measures to combat the virus.

But the city’s ban on gatherings of more than eight people remains in force until at least June 4. A government source has told the Post the cap might be relaxed to 12 or 16 people, but is unlikely to be dropped entirely.

With no new cases to report, the Department of Health and the Hospital Authority cancelled their daily joint press conference.