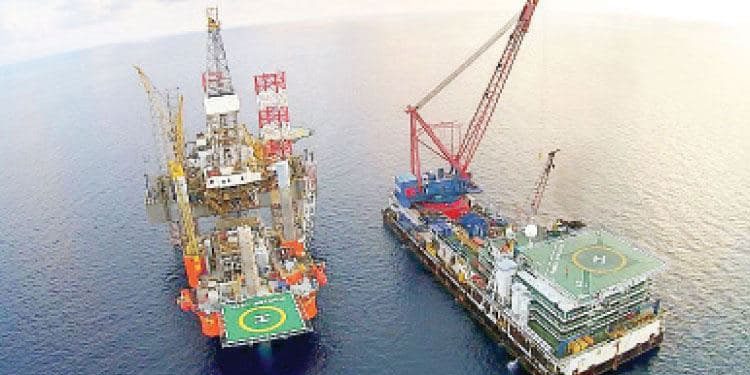 Cambodia has a golden future in spite of the crude reality that there may be no more oil extracted from its waters in the near term, according to Prime Minister Hun Sen.

“On December 29, we announced the first drop of oil, it’s now perhaps a failure,” the Prime Minister said on Sunday.  “In the end, the production was only 1,000 barrels a day. Now, the company has gone bankrupt and a tanker that carried the extracted oil had run away because we had not prevented it entering Thai territory,” he said.

The government is working on a lawsuit against Singapore’s KrisEnergy according to the Cambonomist  website.

KrisEnergy had promised to pump as much as 7,500 barrels a day  – 2.73 million barrels every year – but by the end of March, the company was producing just 2,493 barrels per day, way below the 9,500 needed to be financially viable.

In June the company submitted a winding-up petition to the Grand Court of the Cayman Islands, according to a statement delivered to Singapore’s stock exchange.

KrisEnergy referred KhmerTimes to the receiver when approached for comment. Patrick Bance, Managing Director at the receiver Borrelli Walsh said he had no comment to make.

It may not be the end for oil exploration in Cambodian waters though. The Prime Minister says the government still has many potential blocks and will continue to promote them.

An energy ministry spokesman told Khmer Times in June the block abandoned by KrisEnergy may still be viable.

“The 30 million barrels of oil [in the block] were expected to be produced from 80 wells and I think the resource is still there,” said Cheap Sour, General Director at the Department of Petroleum. “For whom and how? I cannot say.”

One industry expert says though that the abandoned Apsara site might find few suitors in the near-term future.

“It is quite unlikely that any  of the majors will step in because the reserves are not that attractive. The best bet will be to find an independent with the appetite,” said Professor Kannan Ramaswamy, who acts as an advisor to senior oil industry executives and also  teaches at the US-based Thunderbird School of Global Management.

Richard Stanger, President of the Cambodian Association for Mining and Exploration Companies, says in spite of KrisEnergy’s problems, oil and gas explorers may still be willing to hunt for reserves.

“The problem with Block A is that the oil is not in one large catchment but rather in a number of structurally controlled plays. It could, most likely, be commercially viable with multiple production wells. The big prize for Cambodia is within the offshore disputed areas between Cambodia and Thailand which are under protracted negotiation at an inter-governmental level.

“KrisEnergy commenced production whilst the overall company was in a perilous financial state. In other words, I think, they were under-capitalised to make Block A viable. I am sure there are companies looking at it closely,” he said.

Cambodia has six offshore blocks (A–F), nineteen onshore blocks (I–XIX) and four blocks in an overlapping claims area that is contested with Thailand. Stanger says attention may turn to land-based exploration and extraction.

“Onshore oil and gas are definitely a good opportunity. To date there have been no onshore exploration wells drilled. Parts of the country are definitely prospective for both oil and gas. Currently Angkor Resources Corp of Canada have the right to negotiate a production sharing agreement with the government for Block 8 in the Kampot region. I understand that Angkor is currently negotiating with the government,” he said.

As Cambodia looks for companies willing to search for oil and gas, the Prime Minister says the Kingdom is going for gold, following the launch of its first commercial gold mine in June. He noted that Renaissance Minerals (Cambodia) is extracting an average 137 kilogrammes of gold every month.

At least 3 tonnes of gold are expected to be mined from Okvav in Mondulkiri province in the first eight years.

Cambodia anticipates the project will generate $185 million per year in pre-tax cashflow, with $40 million from royalties and taxes transferred to the national budget.