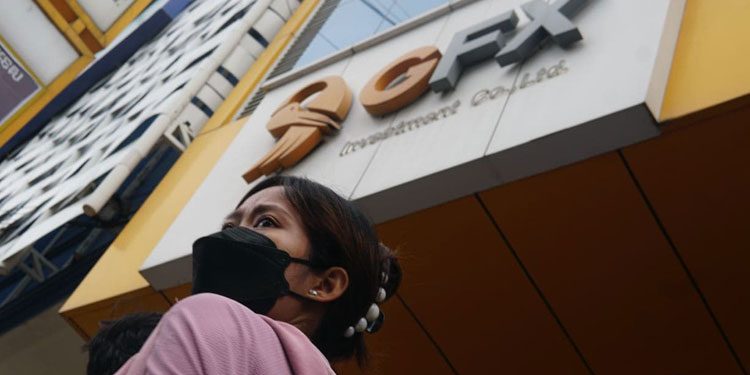 Embattled derivatives brokerage GoldFX Investment Co Ltd (GFX) was a no show at a tripartite meeting with victims that had been scheduled for Friday.

The company is at the heart of a scandal involving the loss of what is believed to be $27 million affecting up to 6,000 people.

Duong Dara, secretary of state of the Council of Ministers, had requested the meeting last week to help settle the dispute. However, neither GFX directors nor their legal representatives showed up.

“Their actions seem like they are very disrespectful to Cambodian leaders. The company did not agree to meet us even after HE [Dara] announced he wanted a meeting. They never agreed or updated HE. So, we feel hopeless and they are not scared at all,” a representative who wished only to be identified as Mala told Khmer Times.

Last month, Mala appeared at GFX’s offices with other representatives to reject the company’s compensation offer in writing.

GFX is offering 20 or 30 percent refunds to victims.

Mala is representing victims who have lost between $100 and $1 million.

It is believed that no more than 10 percent of the individuals who were offered the compensation scheme have accepted it. Sources familiar with the matter said that the company has relented and given 100 percent refunds to certain individuals who are experiencing extraordinary hardship or invested smaller sums.

Last month, the company issued a statement informing victims who have not yet contacted the company that they had to present themselves by Aug 30. If they failed to do so, the company would unilaterally add their names to a lawsuit GFX is planning against two Singaporean nationals.

Cambodia is a signatory to the Treaty on Mutual Legal Assistance in Criminal Matters along with the rest of the ASEAN. The treaty does not apply to the arrest or detention of individuals to extradite the person, but it allows for mutual assistance in the taking of evidence, executing searches and seizures and providing original or certified copies of relevant documents records and items of evidence.

Perhaps most importantly, it allows for “the recovery, forfeiture or confiscation of property derived from the commission of an offence”.

GFX has maintained that the company and its investors are victims of fraud. The firm’s legal team has encouraged investors to relinquish their rights to sue the firm and pursue legal action against the foreign nationals instead.

No representatives have agreed to go along with that because they hold the firm culpable for their losses. Some victims have expressed interest in pursuing legal action against the firm’s executive team, including its directors and chairwomen.

Dara previously alleviated concerns that GFX would file for bankruptcy after some representatives were led to believe that the company was headed that way. A legal expert previously told Khmer Times that the victims would be considered “unsecured creditors” and fall to the bottom of the list of people to be repaid if the firm became insolvent.