in ASIA, Cambodia, US, World
0 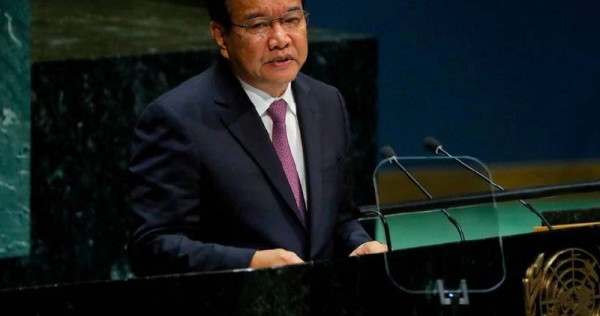 PHNOM PENH – A summit between US President Joe Biden and leaders of the Association of Southeast Asian Nations (Asean) due to be held later this month has been postponed and organisers will seek a new date, Cambodia’s foreign minister told Reuters on Wednesday (March 9).

“It has been postponed to a later date because some Asean leaders cannot attend the meeting on the proposed dates,” Minister Prak Sokhonn said in a text message. Cambodia is the current chair of Asean.

The United States had announced the summit would be held on March 28 and 29.

But Cambodian Prime Minister Hun Sen suggested this week that the meeting should be delayed after some Asean countries had asked for it to be held two days earlier.

Indonesia, which is the coordinator of the summit, did not immediately confirm the postponement after an official earlier said options for the schedule were still being discussed.

After Hun Sen’s comment, a State Department spokesperson said on Monday that Biden was looking forward to welcoming Asean leaders to Washington and the United States was “working closely with Asean to plan a successful event.”

The White House did not respond to a request for comment on Prak Sokhonn’s remark and a spokesperson for the State Department said it had nothing to add to what it said on Monday.

An Asian diplomat told Reuters on Tuesday that as far as he was aware the summit was still on and the dates were unchanged.

“I think that if 1-2 leaders have clashing schedules, they can be represented by their deputies,” he said.

The summit is seen as part of US efforts to step up engagement with a region Washington sees as critical to its efforts to push back against China’s growing power. It had been expected earlier in the year, but was delayed by Covid-19 concerns.

White House Press Secretary Jen Psaki said last month the summit in Washington was “a top priority for the Biden-Harris Administration” and that it would also commemorate 45 years of US-Asean relations.

US secretary of state Antony Blinken said in December the summit was expected to discuss the crisis caused by last year’s military coup in Myanmar and issues such as pandemic recovery, climate change, investment and infrastructure.

The United States said last week it intended to follow Asean’s lead by inviting a non-political representative from military-ruled Myanmar to the summit.

The bloc since last year has barred the junta from key meetings over its failure to honour an agreement to end hostilities in Myanmar that have killed hundreds of civilians and displaced more than 300,000.