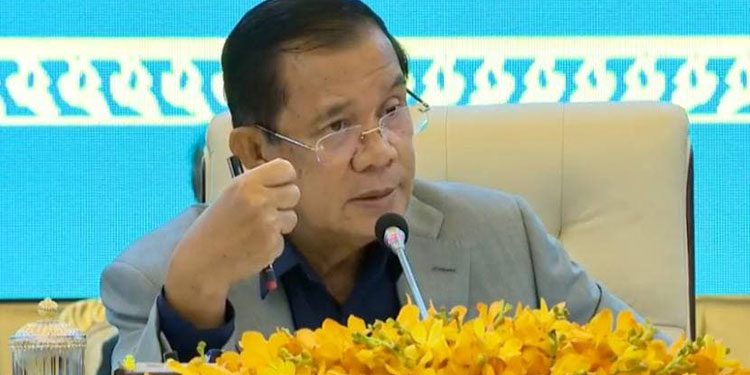 Prime Minister Hun Sen says the economy will grow less than previously forecast this year, at 2.5 percent instead of the 4 percent growth earlier prognosticated. His comment was shared during a press conference for the launch of the under 18s vaccination campaign held at the Peace Palace yesterday.

However, he also pointed out a number of reasons for optimism even as new measures take hold in the Kingdom’s battle against Covid-19.

And while rice exports to Europe dropped due to higher shipping costs and a shortage of suitable containers, shipments to Vietnam and the United Arab Emirates doubled. Exports of cashew nuts tripled and cassava, mango and banana shipments also rose.

Manufacturing also got a boost upon the Council for the Development of Cambodia’s approval for new factories making clothing, footwear, sports equipment and travel accessories. The CDC approved eight projects in the past week bringing in more than $71 million of investment dollars and creating more than 9,500 jobs for locals.

The 2.5 percent government estimate for Gross Domestic Product (GDP) is more cautious than many other forecasts. In May this year, US credit ratings agency Moody’s Investors Service said it expected Cambodia’s growth to expand by 2.9 percent this year.

The World Bank said in June that the economy would grow by 4.1 percent in 2021. The IMF forecast 4.2 percent growth this year in its April economic outlook as well as predicting 6.0 percent growth  for 2022.