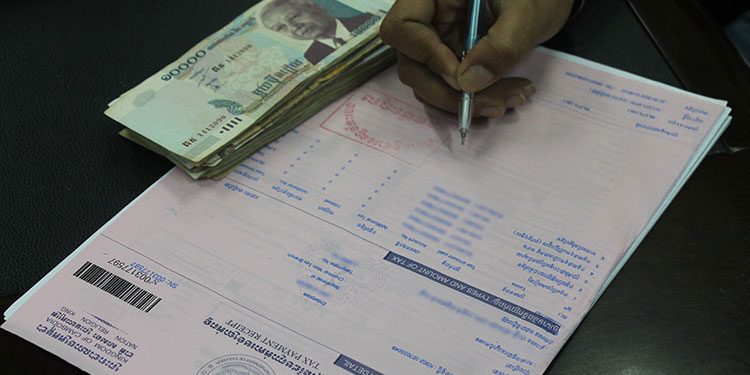 The Cambodian government expects to earn tax and customs income of at least $5 billion by the end of 2021. This would bring revenue expectations in line with the $5.28 billion collected as registered in 2020.

He did acknowledge that due to the pandemic, government revenue had decreased but noted that despite the drop the nation’s income still supports its expenditures.

The Prime Minister detailed the projection, saying that in seven months, about $3 billion of income was generated and there are five months left in the year with at least $2 billion more  expected to be collected. He noted that as such, over the year the nation will reachabout $5 billion in income which is on average, $400 million per month.

Speaking at July’s monthly meeting, Kong Vibol, director-general of the General Department of Taxation at the Ministry of Economy and Finance, said that the GDT has facilitated the tax payment process to be easier for taxpayers during the hard times of COVID-19.

The director-general noted that the prolonged COVID-19 pandemic in 2020 and February 20 incident had negatively and strongly affected tax collection performance.

However, the implementation of the GDT’s internally developed online system and its proactive implementation was an effective reply to the challenges, as reflected in tax collection already having reached 67.58 percent of plan for 2021.