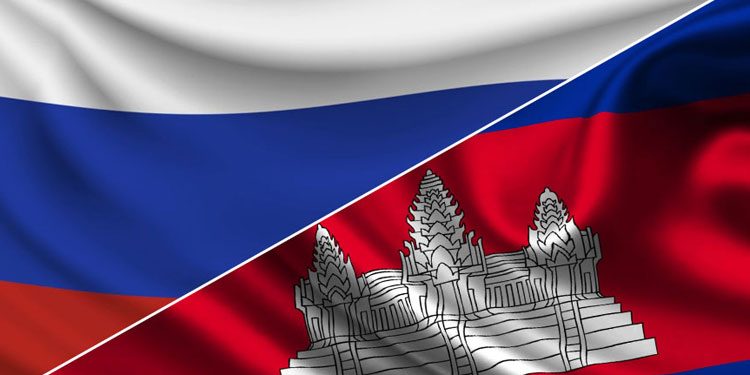 Cambodia and Russia have agreed to boost bilateral cooperation on trade and investment, as the two countries mark the 65-year anniversary of the establshment of diplomatic relations.

The remarks were made in a virtual meeting on the first Russian Online Business Mission to Cambodia held on July 30. The meeting was presided over by Nhim Khemera, Secretary of State, Ministry of Foreign Affairs and International Cooperation representing Deputy Prime Minister Prak Sokhonn, Minister of Foreign Affairs and International Cooperation. It was also attended by Kith Meng, President of the Cambodia Chamber of Commerce (CCC).

It was expected that 250 participants would attend this event including businessmen and investors from both countries and representatives from relevant ministries and institutions.

The theme of the discussion focused on sectors including IT, cybersecurity, digital technology, industry and energy.

Businessmen from both countries explored opportunities to collaborate in strengthening bilateral cooperation and promoting joint projects.

In his speech, Kith Meng highlighted the historical relationship between the two countries and said the Kingdom is ready to welcome investors and businessmen from Russia seeking opportunities in Cambodia.

“The Cambodia Chamber of Commerce has closely cooperated with the Russian side in promoting trade and investment between the two countries,” Kith Meng said.

Currently, the CCC has organised business matching events and investment promotion programs with Russia across many sectors, he added. The CCC and Russian industry have  cooperation agreements dating back to 2016.

This year marks the 65th anniversary of diplomatic relations between Cambodia and Russia. Since 1956, the Union of Soviet Socialist Republic (USSR), which was the predecessor of Russia, played an important role in developing Cambodia post-independence.

The two countries have reached many cooperation agreements from trade to energy. Recently, Cambodia and Russia signed an agreement on a nuclear power project. Nuclear energy would help Cambodia to boost its energy supplies

Russia has also helped Cambodia be part of its regional free trade area (FTA), the Eurasian Economic Union (EAEU), which would be an important platform for Cambodia to deepen trade relations with Russia and Eurasian countries.

According to the Russian Federal Customs Service, exports to Russia from Cambodia last year totalled more than $200 million, while goods moving from Russia to Cambodia amounted to nearly $20 million.