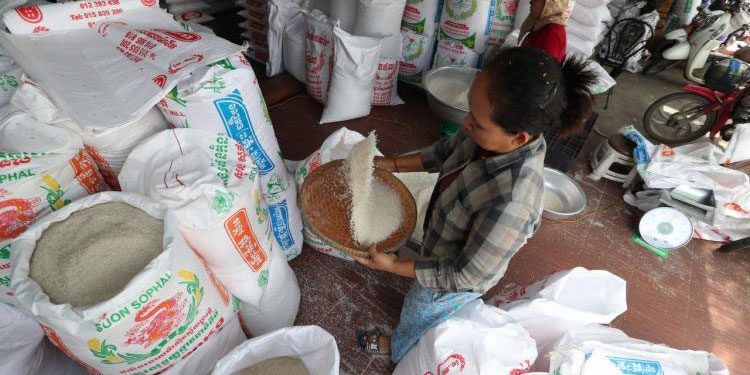 A total of 426.073 tonnes of Cambodia’s milled rice have been exported to foreign markets during the first seven months of this year.

Minister of Agriculture, Forestry and Fisheries Veng Sakhon shared the update recently, adding that the figure shows an increase of 118.060 tonnes or about 38.33 percent compared to the same period last year.

Cambodia’s milled rice was exported to 57 countries around the world, including China, 24 countries in the European Union, and six countries in ASEAN, and 26 other countries, and 70 companies engaged in the exports, he pointed out.

According to Mr Sakhon, in the first seven months, more than 1.11 million tonnes of paddy rice have been exported to the neighbouring Vietnam. Phal Sophanith – AKP