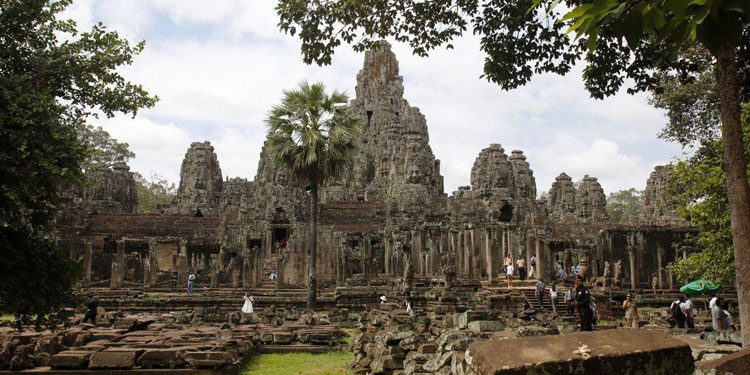 Angkor Archaeological Park in Siem Reap province earned $18,170,990 from the entrance ticket sales in the first seven months of this year.

The update was shared by the Angkor Enterprise, the state-owned institution in charge of Angkor income management, in a press release made public late last week.

The income shows a sharp decrease of 70.84 percent compared to the same period last year, it underlined.

The tickets were sold to 389,630 foreign tourists, down 72.04 percent, said the press release, adding that of the income, more than $779,260 were donated to Cambodia Kantha Bopha Foundation to support the humanitarian activities of Kantha Bopha Children’s Hospitals.

Moreover, during the first seven months, a total of 8,656 foreign tourists visited Koh Ker Temple in Preah Vihear province, and some US$86,560 was generated from ticket sales. In July, the tickets were sold to 112 foreign tourists or $1,120.